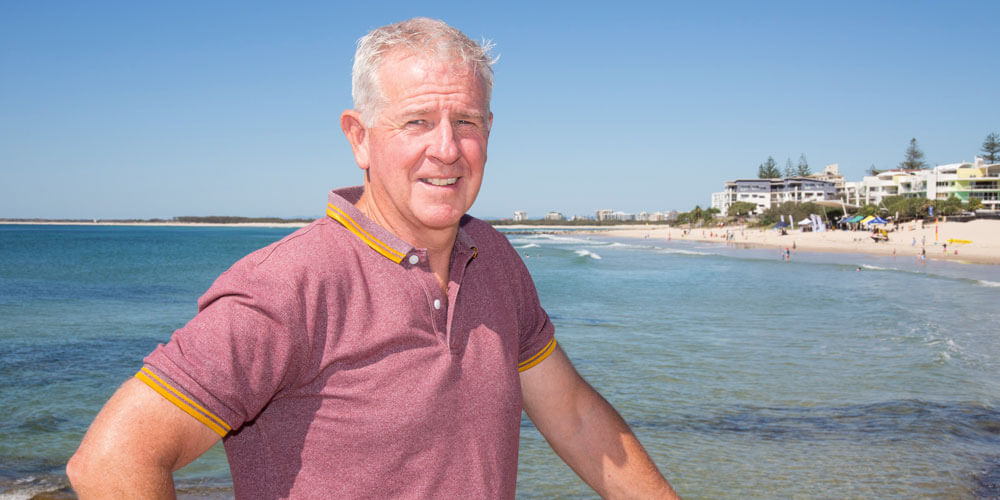 Australia has changed a lot in the past 150 years, but human nature – not so much. We are still plagued by religious bigotry, naked ambition is alive and well, we’re still suckers for a moral panic and terrorism is an ever-present threat.

These age-old issues are at the heart of Kings Beach author Steve Harris’ recently released book, The Prince and the Assassin, which uncovers an extraordinary event in Australia’s history that most of us either weren’t taught or have forgotten.

On March 12, 1868, Prince Alfred, Duke of Edinburgh and second son of Queen Victoria, arrived at a park in the Sydney suburb of Clontarf for a harbourside picnic. Australia’s mood was jubilant – it was the first time a Royal had graced our shores. But the idyllic scene was shattered when a lone gunman walked up behind the prince and shot him in the back with a revolver. The bullet missed every major organ and lodged under his rib. The prince spent two weeks in hospital, attended by nurses trained by Florence Nightingale, and survived.

The failed assassin, an Irishman by the name of Henry O’Farrell, who had trained as a priest and was mistaken for a Fenian terrorist, was hung for his crime. He was the first person to attempt a political assassination on Australian soil.

The Irish Republican Brotherhood, known as the Fenians, were Irish revolutionaries fighting for an Irish Republic in the 19th and 20th centuries and were a forerunner of the IRA. Henry O’Farrell’s father had come to Australia to escape the Catholic-Protestant clashes in Dublin and start a new life.  His son Henry was ordained as a deacon and was training to become a priest.

“Henry’s father died and went into debt. [Henry] started drinking, started having epileptic fits and his mind was beginning to get scrambled,” Mr Harris tells My Weekly Preview. “Fenian leaders around the world were calling on Irishmen to stamp out British oppression. He was disenchanted with the Catholic Church leadership for not doing more for Irishmen and took up the call to do something for Ireland. That something was to shoot the prince. He wasn’t so much against Alfred on a personal level, but he had some nasty things to say about royalty in his diary, which was rambling and vitriolic. He plotted the assassination, did some practice shooting and stalked him around Sydney. He was only a metre behind him when he shot him in the back.”

The event shocked the nation and a moral panic ensued, with the Fenians seen as a national security threat, though Henry O’Farrell was a lone wolf attacker rather than a player in a Fenian plot. Treason laws were tightened to an extent that even the Queen felt went too far. Civil liberties were suppressed, and it was a crime of treason to discuss republicanism and not drink a toast to the Queen.

Mr Harris brings the acute eye of a seasoned journalist and the painstaking attention to detail of a historian to the book. Originally from Tasmania, he has enjoyed a 30-year-career in journalism and is the only person to have been editorial head of both of Melbourne’s major media groups – as editor-in-chief of the Herald and Weekly Times Group (News Corp) and editor-in-chief of The Age (Fairfax) – as well as CEO of the Melbourne Football Club.

His in-depth knowledge of Australian politics allows him to draw comparisons with his book and the way today’s governments crack down on civil liberties in reaction to terrorist attacks, exploit tragedies and promote fear for political gain, and uncovers damning information about the ‘Father of Federation’, Henry Parkes, who he calls a “political opportunist”.

“He decided it would be best for his political future if he stuck with establishment British Royalist views,” Mr Harris says. “He hated the Catholics and the Irish Catholics and when an Irishman shot a prince on his watch on his soil, it was too much of an opportunity. He set out to prove it wasn’t a lone wolf attack; that the Irish Church had to be behind it and there was a threat to national security. He hired private spies and released people from prison to act as spies to find evidence of disloyal activity. That was new to me.

“The other aspect of the story that was hushed up at the time was that of Prince Alfred’s behaviour. He was the first royal blood on our shores and in those days, Australia was a bunch of British colonies and they all saw themselves as just as British as people back home. He was a typical young prince of the day. He misbehaved, he went shooting, drinking, gambling and womanising his way around the country in quite a scandalous way. He upset people for his dalliances with prostitutes.”

It was a royal scandal to rival the best of them and Mr Harris says we’re still as fascinated with royalty as we always have been. He trawled libraries and museums, and was given permission to access the Royal Archives at Windsor Castle, to research the book.

“All these issues still resonate today,” he says. “The issue of whether we should be a republic or remain with a pro-royal or pro-British way of life was raised 150 years ago.

“I’d put myself in the pro-republic camp. No disrespect for the history we’ve had or the Queen or royalty, it’s about respect for ourselves and our own identity. I do think it’s inevitable.”

Part of moving forward as a nation, however, is knowing where we’ve come from and how we got here, but Mr Harris believes many of us are behind the eight-ball in that regard.

“A lot of our basic Australian or Western history is not known to us,” he says. “It’s taught less and less at schools and universities. Those subjects are dropped in favour of identity subjects, race, gender… history is the underpinning of our national identity and we understand less now about our own story so far and equally, the story of other civilisations, whether Asian or Islamic.

“It’s just human nature. We think everything we’ve experienced in our lives, we’re the first to experience it.  We need to understand history is not dead and it’s not past; it’s just long stories, and some go back many centuries. In our case, it’s only a couple of hundred years old, so we should know it back to front and understand it completely. It’s our loss.”

The Prince and the Assassin is published by Melbourne Books.