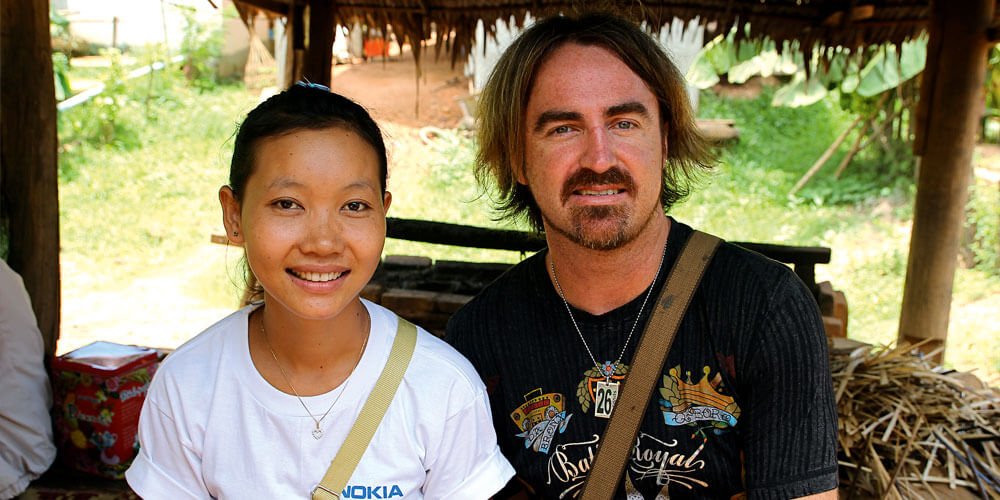 Tony Kirwan with a rescued girl

Tony Kirwan’s recent visit to the Sunshine Coast was much more than a chance to spend time with his parents. It also marked a major milestone for Destiny Rescue, the organisation he founded in 2011, which is celebrating the rescue of its 3000th trafficking survivor from the sex trade.

A raid on a brothel in the Philippines in early July with anti-trafficking police rescued 26 victims, taking the non-profit organisation’s total number of people rescued to 3006.

Mr Kirwan says rescue/raid operations in collaboration with anti-trafficking police make up only 10 per cent of what the organisation does and the remaining 90 per cent is much more discreet.

Rescuers go into the brothels posing as customers, build trust with the children being sold and then offer them an escape.

Destiny Rescue has operations in Thailand, Cambodia, India, the Philippines, Dominican Republic and an undisclosed location in Southeast Asia.

Mr Kirwan has lived in Thailand since 2004 and is at the forefront of the rescue operations and major raids carried out in Southeast Asia. He regularly alters his appearance in order to go undercover to rescue children from bars and brothels.

Speaking to My Weekly Preview while on the Coast, the father of three girls says he was moved to establish Destiny Rescue after overhearing two men in Bangkok talking about buying and selling children for an hour at a time to “do whatever they wanted to.”

“Obviously we are going into these places with a mindset of rescuing children, so when you see guys doing the wrong thing to the kids right there in front of you, it is hard to maintain your cover and not let on that you want to stop it, to put it nicely.

“Seeing the girls in that absolutely awful situation and seeing them on the other side with a smile on their face and hope for the future is what recharges us to keep going to look for the next kids to rescue.”

The former electrician says while rescuing 3000 people is a cause for celebration, it was “a drop in the ocean” and there was always work to be done.

A major raid operation in the Philippines in March saw Destiny Rescue save 67 adult trafficking victims and the arrest of four pimps – their largest successful raid to date.

Mr Kirwan says they had attempted the same raid at the end of last year, but a tip-off saw the premises empty when they arrived. As many as 70 children could have been on site during the March raid, but another tip-off saw them removed on the morning of the raid.

“We were still able to rescue a large number of trafficking victims that day and since that raid, we have been able to track down and rescue three girls.

“It’s not a huge number, but it’s a start and we are now working with those girls to try to gather new intel on where the other girls are being held so we can find all of the others,” Mr Kirwan says.

It costs on average about $1500 to rescue one child and the cost of each raid varies.

“You can choose to do nothing, or choose to do something. Everybody has a different capacity, so it is up to each individual to decide what you can do to help these kids.

“We have full-time staff on our rescue teams in six nations at the moment and we are always looking to expand. Our two biggest needs are funding and quality people, with skills and the right heart.”

To find out how you can help, visit destinyrescue.org.au and click on Ways to Give.