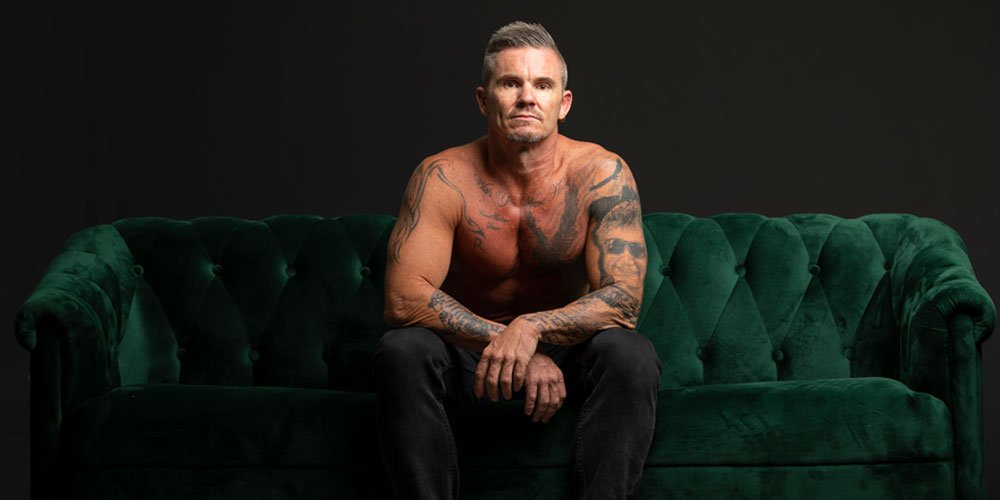 Life as a tradesman was ticking along quietly when Leon Stensholm experienced a series of traumatic events that would change the course of his life. Eight years ago, his older brother and best mate took his life by suicide. Following that, two of his clients took their lives and shortly after that, two of his closest friends. These five tragic deaths happened in a four-year period, leaving Mr Stensholm at a crossroads. Turn left and sink into alcohol and depression or turn right and follow his calling.

The former soccer player who had found success as a body builder realised it was in the gym, while pumping iron and releasing endorphins, that people found it easiest to talk. He found people naturally opened up and shared their struggles with depression and anxiety. He connected the dots and realised his calling was to open his own gym and offer personal training combined with counselling, and has hit on a winning formula.

He coaches around 70 clients a week, has written two books and is an in-demand public speaker. He’s equally comfortable speaking in the corporate world as he is in high schools and feels he has now discovered what he was put on earth to do.

“I’ve ended up a sort of accidental hero,” he says. “I was a shy kid and didn’t have any goals, no ambitions. My brother was the smart one, the good looking
one… When he took his life, I was cruising… When Dean died, I thought, there’s more to life and more I can achieve.”

As a body builder for the past 18 years, Mr Stensholm has won multiple Australian titles and has coached hundreds of body building clients to first place, but it was time to go deeper. He studied counselling and set up a private gym in Warana.

“I realised people needed a safe space to talk,” he says. “I’ve had the gym for nearly five years now and hundreds of lives have been saved. I don’t open to the public. I found when I used to work in public gyms, people were never opening up to me and telling me what they were really thinking.”

Mr Stensholm says he learnt the hard way how to recognise the signs of potential suicide and how to act fast. “I was caught off guard with my brother,” he says. “We didn’t see it happening. He told me a week before he was going to do it. Me being very uneducated about suicide back then, I didn’t believe him. I should have listened to him, made sure I followed through so he got the correct support. He had filled out a form to see a therapist, but didn’t complete it. If I had made sure things were followed through, things may have changed, may not have changed. But from that position, I went straight into proactive mode. I thought, either I can sink or swim.”

Mr Stensholm went on to write a book, It’s How You Think, and has a second book on gratitude coming out in December. He’s bursting with energy and his mission in life is to help as many people as possible.

“Some people want the help, but they’re not willing to change. I put in people’s minds from the get-go, we can have all the tools to help you move forward, but you’ve got to want to change today, so if you don’t want to, save your money and come back in three months. You’ve got to be pretty firm with people and sometimes a bit of tough love has to be given.”

Mr Stensholm divides his business into three arms: straight bodybuilding and personal training; counselling; and public speaking. He’s already a popular speaker and with his powerful physique and tattoos, he cuts a striking figure on stage.

He recently spoke at Glass House Mountains State School, talking to students about anxiety, goal setting, how to find inspiration and motivation.

“I’d say around 30 to 40 per cent were intrigued and a certain percentage were a bit unsure, but by the end I had most of their attention. They were very grateful at the end and a lot of them came up and said, ‘that was amazing, that’s something we’ve never heard before’. You’ve got to be relatable… I did some fitness training with them, did some runs, some pushups and raced with them. It was about building rapport to get them on side.”

His future plans involve running evening programs for students at his gym, teaching life skills, self-care, gratitude, resilience, the effects of social media, bullying and how to overcome adversity.

“I’ll also teach them about exercise and nutrition and how to control the things you can control in life. You can’t control a bully, for example, but you can control how you respond,” he says.

“Being able to educate children sits deep in my heart now. That’s where everything has to start. We need to educate kids as there are a lot of mental health concerns at the moment. If parents aren’t doing too well, the kids have no chance.”