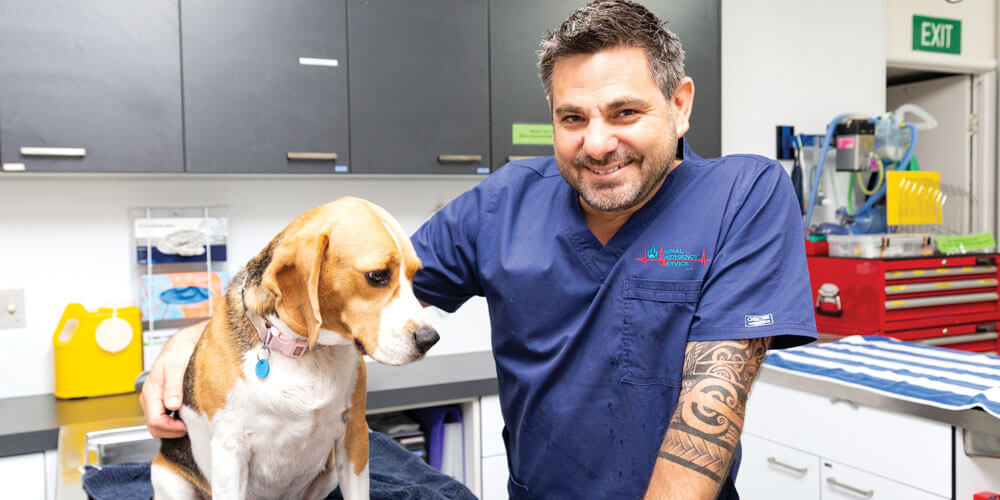 Dr Matt Rosen would like pet owners to know something about vets. They are not in it for the money. And they are not magicians.

The director of Animal Emergency Service at Tanawha says vets do the job they do because they love animals just as much as you do and they are often heartbroken when, despite their best efforts, they lose an animal.

After recent media reports highlighted the problem of clients using emotional manipulation to avoid paying their bills, Dr Rosen is keen to clear up some of the misconceptions people have about vets.

“We don’t do it for the money; we do it for the love of animals,” he says. “It really infuriates me when I hear that phrase, ‘you’re only in it for the money’. It’s a common thing we see. When you give people a price for treatment in the hospital, they’ll turn around and say, ‘look, I can’t afford that’. We’ll offer them finance, we’ll ask if they have someone who can help them out. They can get quite angry, quite narky and throw the ‘well you’re just in it for the money’ routine.

“We are not in the highest paid profession. If we’re in it for the money, we’ve made a stupid choice. We do it because we love our job and we love the animals,” he says. “Unfortunately there are no subsidies under Medicare. If you go through the emergency system and you’re human, you don’t see the charges.”

Dr Rosen isn’t just surrounded by animals at work. He is the father of six children who also love animals, and the family owns a menagerie of cats, dogs and snakes.

His kids have pet pythons with names like Medusa, Stitch and Coco. They love walking around the house with their snakes coiled around their necks and showing them off to their friends.

Dr Rosen has been running the practice at Tanawha for five years and says a standard shift is 12 hours, but some shifts can last up to 20 hours. On a weeknight, he might have up to 19 animals to treat, with a number of emergencies often arriving at once and needing critical care, which can be highly stressful.

In a typical shift, he does everything from an initial consultation to performing emergency CPR and surgery, running tests like X-rays, ultrasounds and blood tests, stemming bleeding and dealing with distraught pet owners.

There is a high rate of suicide in the profession and Dr Rosen says there are complex reasons for this.

“A combination of factors can lead to suicide in our profession,” he says. “There’s a lot of emotional stress. We perform a lot of procedures that don’t end well and animals end up being euthanased.

“We suffer compassion fatigue. We’re very emotive people. You can’t help getting involved with people and getting close to an animal. When it doesn’t go well, you suffer that fatigue.

“We also have to deal with the finances with people. We’re clinicians, we’re not finance people and talking about money can be stressful, especially when you first graduate.

“We are also a very high functioning group – you have to have high grades to study veterinary science. A lot of people have underlying mental health disease. Someone with a pre-existing mental illness might suffer compassion fatigue and then they have access to medications to facilitate [suicide].

“When I was working at our Underwood practice, we had a vet manager, she was brilliant. From an external point of view, we never knew anything was wrong until we got the call that she had committed suicide. That caused a lot of grief. The flipside to that is we celebrate her anniversary every year by having a lawn bowls day to raise money for the Black Dog Institute.”

Dealing with difficult customers is just one of the many stresses a vet faces, and fortunately, the people who make the job impossible are in the minority. Dr Rosen says most clients are polite and appreciate the vet has done everything they can do.

The majority of animals Dr Rosen treats are dogs and cats, but there are also plenty of rats, guinea pigs and snakes – which he says have personalities and charms of their own – and he says people get just as attached to these animals as dogs and cats.

“It seems silly but it can be rewarding when a client sends you a thank you note after you’ve done everything you can and you’ve had to euthanase their animal.

“Or if we’ve done something very minor and we don’t believe we’ve made much of a difference and they thank us, that’s really satisfying. It is a big job and amongst all the flak we get, we do get a lot of positivity come through.”