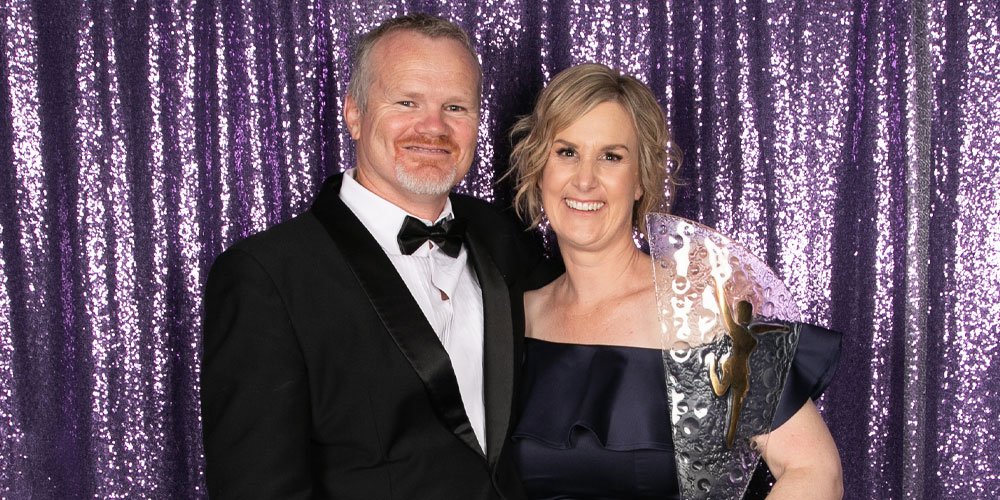 When Emma Greenhatch thinks about her career, a poem comes to mind. It’s The Road Not Taken by Robert Frost and it describes the desire to follow the path that feels right at the time, rather than thinking too far ahead. Ms Greenhatch says she likes an unplanned life and this has led her down many and varied career paths that have in some ways all been interlinked.

“I’m never going to be the person who says, ‘where will I be in five years’ time?’ and execute a path to get there,” she says. “I’m led by what feels right.”

When she moved to the Sunshine Coast six years ago from Victoria, she had no idea what she was going to do for work. Last week, she stood on stage at The Events Centre, Caloundra and accepted the Sunshine Coast Business Women’s Network Award for Outstanding Business Woman of the Year for the ground-breaking work she has done with the Food and Agribusiness Network (FAN).

In six short years, Ms Greenhatch went from strolling on the beach wondering what her next move would be, to being the CEO of FAN, which represents more than 320 members from across the food value chain in the greater Sunshine Coast region (which includes Gympie, Noosa, the Sunshine Coast and Moreton Bay).

As often seems to happen in her life, it was a serendipitous event that led her to a job heading our region’s largest food industry advocacy group, just when she was thinking of leaving the food business.

She had spent nine years working in the food industry in a number of senior roles for the Victorian government. This included two years working with a number of government departments to implement a new food policy framework, creating Australia’s largest and most successful inbound trade mission, which resulted in $100 million in new food and beverage exports for Victoria, and facilitating the establishment of Victoria’s first representative group for the organic industry.

Before that, she had worked as a marketing officer for the City of Melbourne and before that – in one of her more unusual positions – she had worked on a seahorse farm in Ireland.

Having completed a Bachelor of Arts in Asian Studies at the University of Western Australia, Ms Greenhatch found herself working for the world’s first large-scale seahorse facility in Tasmania straight out of uni, helping to develop the Asian market for seahorses.

“They wanted to sell these seahorses for Chinese medicine, but the Chinese wouldn’t have a bar of them because they were captive bred and not wild caught,” she says.

“They had 20,000 seahorses and they employed me to develop a market for them. We sold them all around the world to large-scale public aquariums, which led to a few years of tripping around the globe and then led to the job in Ireland.”

After such an adventurous life, it wasn’t a difficult decision for Ms Greenhatch to up sticks and move to the Sunshine Coast, where she knew no one. Her and husband Brett Flemming’s daughter Poppy was six at the time and had suffered from asthma her entire life. During a trip to the Sunshine Coast, they found her asthma cleared up and they decided it was time to move.

“I had no idea what I was going to do,” she says. “My son Quinn hadn’t even started kindergarten and I thought, I’m going to take my foot off the pedal for
a bit, smell the roses and walk on the beautiful beaches and decide what comes next. A few months in, I was given an opportunity by Food Innovation Australia to write a book on the top 50 food innovations at the time. One of the companies that had won a spot was Gourmet Garden.”

Ms Greenhatch decided to visit the Gourmet Garden premises in Palmwoods and interview founder Jacqueline Wilson-Smith, a decision that would lead her down her new career path.

“I thought, oh my god, Gourmet Garden is so big and it’s in this little village. I couldn’t believe how much depth there was in the food industry in this region. I’d been heavily engaged in regions like the Barossa, Clare Valley, Margaret River, the Hunter Valley. All those areas we know have massive food production and are heavily focused on food tourism, but the Sunny Coast wasn’t on my radar. I’d never heard of it from a food perspective.”

Ms Wilson-Smith invited Ms Greenhatch to a FAN event, where she quickly found herself among likeminded people. Food producers who would ordinarily be competing were instead collaborating.

“I left that night thinking, ‘wow, there’s something really special happening here and I want to be part of it. Fortunately, I was able to get a position on the board and was a director for six months. It was a great way to learn about the organisation’s history.

“I grew up in Tasmania and my parents grew all our own food. Growing up in a small state like Tassie, you work with other people because you have to. Communities are really strong there and really connected.

“Of all the places I have lived and worked around Australia and overseas, I’ve never been in such an open and supportive community as the Sunny Coast. I still don’t know what’s in the water here. I know more people in six years here than I’ve probably known across the rest of my career – and that’s pretty amazing.”

“I was always that person who had a huge fear of public speaking and would rather die than do it,” she laughs. “But this award isn’t really about me. I wouldn’t be here if all those people I’ve connected with and brought into the journey hadn’t come along. It just wouldn’t have happened. You can’t build a community on your own. For me, that’s why I feel like I’ve been successful.

“I’ve given lots of shout-outs to Roz White and Zoe Sparks who nominated me,” she says. “No way would I have been standing up there without their nominations. I’ve been inspired by them so much over the years; they’ve done so much for the region, helping shine a spotlight on our food producers.

“Winning the award is a very big honour and I’m very grateful to so many people. One of the messages I share is that there’s no run sheet for life. I think it’s what you do with opportunity or adversity as it comes along.”

Continue Reading
You may also like...
Related Topics: FAN, SCBWN