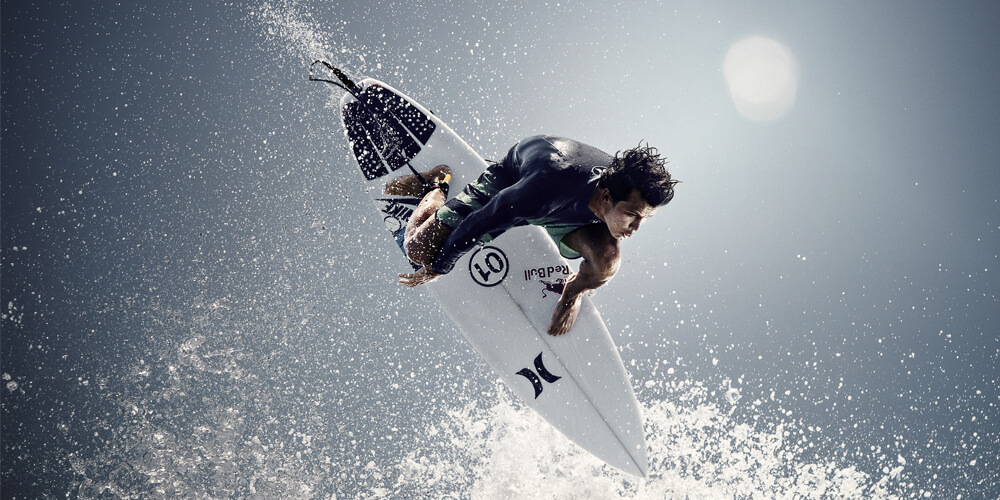 Julian Wilson pulled the comeback of the Billabong Pro tour last week, securing a win in the World Surf League Tahiti round and jumping three places in the world rankings in
the process.

On a brief visit home to the Sunshine Coast before setting off for California to prepare for the next round of the tour, the Peregian Beach local tells My Weekly Preview he was well and truly “up against the wall” with 10 minutes left of the Tahiti final against world number nine Brazilian Gabriel Medina.

With just 10 minutes to go, Wilson was in a combination situation, where he had to pull out two stellar rides to have any hope of snatching the lead from Medina.

Far from letting the pressure get to him, the 28-year-old says he simply focused on the ocean.

“My focus was very narrow and it was just looking for the right wave to get myself back into the final, not really on anything else,” he says.

“I was definitely a little bit frustrated needing those scores, but I knew those types of waves were out there and my opportunities were going to come. I was just focusing on the next wave.”

Wilson’s final two rides were the best of his Tahiti campaign, netting scores of 9.23 and 9.73.

With just three minutes left on the clock after his second wave, Wilson knew he had what he needed to propel him into first place, with Medina’s score sitting on 17.87.

Wilson’s previous triumphs on tour, at Portugal in 2012 and at Hawaii in 2014, also came against Medina.

“The final was great, (Medina and I) have had quite a few match-ups in finals now and we seem to bring out the best in each other,” Wilson says.

“He really put it to me and I was able to find what I needed to flip the result in the end, which felt great.”

While the final win, his first since he came up against Medina in the Pipe Masters in 2014, left Wilson close to tears on the Teahupo’o podium, he says it didn’t feel like a real celebration until he was able to share the win with friends, family, and wife Ashley on the Coast.

The latest victory means Wilson has moved from eighth to fifth on the tour rankings and is very much a contender for the world title.

Wilson says being the youngest of three boys in a competitive surfing family developed his drive to push the boundaries in the ocean.

“It made me competitive for sure. There’s a seven-year gap between me and my eldest brother, and five years between me and the middle brother and I just always wanted to be hanging out with their friends and keeping up with them and surfing the waves they surfed,” he says.

A regular on the Coolum Beach breaks, Wilson made a name for himself on the professional tour in 2011, where he was named Rookie of the Year.

He also became an ambassador for the Breast Cancer Foundation eight years ago in honour of mum Nola’s battle with breast cancer, and every year at the Snapper surfing event, raises money by wearing pink boardies and riding a pink-themed board.

This year, Wilson has gone from failing to finish higher than ninth in the first four events of the 11-stop Billabong Pro circuit, before notching a fifth placing at Fiji, a third place at South Africa, and winning the Tahiti leg.

“I’ve been having quite a consistent year without having that excellent result until South Africa and that solidified where I was at and the things that I was doing.

“Heading over to Tahiti, I was the most confident I had been all year in my preparation and it was nice to go over there and make a lot of really good decisions and get the ultimate goal of winning the event,” he says.

“I think just the years of competing and especially being on the world tour have helped me to keep very present and have secured me some pretty special moments so far in my career where things have come to fruition for me,” he says.

“This is a great moment in the year to get a big result like this and I’ll keep chasing the guys down that are in front of me.

“Hopefully at the end of the tour I’ll be in the position I am aiming for. The four guys ahead of me, I’ve been competing with since I was a junior and we’ve spent a lot of time in the water competing against each other.

“It’s a pretty exciting time to be at the top of the rankings and battling for a world title now. I was already enjoying myself on tour and now I can’t wait for the rest of the year, with the US, France and Portugal.”