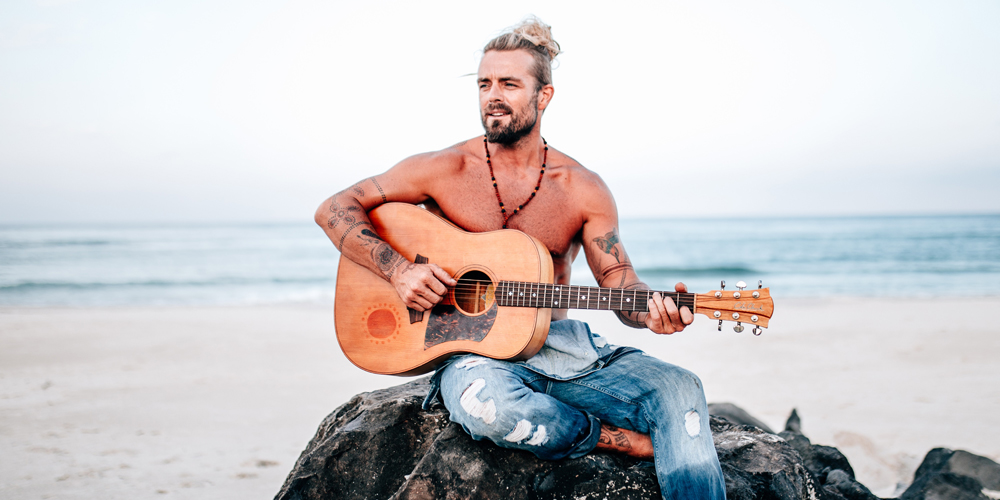 When Xavier Rudd headlined the 2015 Caloundra Music Festival, no one among the crowd of revellers would have guessed he was in a bad way.

He performed a spellbinding show with his newly formed band, the United Nations, the crowd blissfully unaware he was suffering severe back pain from three herniated discs and was dosed up on opiates to get through the show. A month later, he was in hospital having disc replacement and spinal fusion surgery and had to cancel his overseas shows.

“The nerve pain was unbelievable, it was 24/7,” he says. “It was such a crazy thing to go through, it was wild. I was touring with the United Nations and was on heaps of painkillers just to get through the shows.”

Today, Rudd is in the best shape of his life and is excited to be playing his first headline show in Australia in two years at Caloundra Music Festival on September 29.

After playing to crowds of 50,000 in Europe in June and July, he’s on a career high and enjoying newfound health and happiness, thanks in part to the support of his second wife, Ashley Freeman, a fitness instructor from Byron Bay who he married late last year.

“She’s amazing, she’s a trainer and a motivator,” he says. “She makes people feel great about themselves. I’d had back surgery and was on a spiral downwards when I met her. Before we met I got to a point where I almost couldn’t walk. I had emergency surgery and she helped me recover.”

Freeman was by Rudd’s side as he fronted up to the Byron Bay Local Court on August 11 to fight an assault charge over a ‘dog rage’ incident, an allegation he strongly denies. Freeman calls Rudd her “best friend”, while he says he’s never been happier.

“It was all a part of my awakening. I didn’t have enough self-love. I was out there giving myself to the world and abusing my own temple at the same time, just not taking care of myself, letting my physical self deteriorate.

“As my back fell apart, stuff came up that I was carrying since a little kid. I realised I needed to love myself. I got off the grog and I’ve been a lot clearer in mind and spirit. I stay super-fit and make sure I’m the clearest vessel I can be. I’m performing a lot better.”

Rudd’s healing journey has taken him as far as the jungles of Peru, where he worked with a shaman who prescribed eight plants, including the hallucinogenic ayahuasca.

“There hasn’t been a day in the last 15 years where I’ve let my ego get the better of me in my music, but in other parts of my life, I have struggled. In relationships, things to do with my kids, where I should be, what I should be doing and what I shouldn’t be doing.

“When I say ego – a lot of people mistake ego for self-inflation. The human ego is all emotional stuff. The biggest thing I’ve learnt is to separate myself from my ego. When I went to the jungle in Peru, I was carrying some depression, anxiety and emptiness.

“I learnt how to stand outside my own ego and my emotional body and see the difference between that and what was reality and I was able to let that stuff go.”

The strongest influence in Rudd’s life since childhood is what he believes is the spirit of his Aboriginal great-grandmother.

“There’s a spirit that comes through me,” he says.

“Even as a kid I understood I had this old woman around me. She has some kind of presence with me with music and I’ve always understood I need to respect that 100 per cent.

“I don’t mess with my music for the sake of what people want to hear. When I play live, it’s a ceremony for me.

“I was never trying to become a famous musician, I was just mucking around with tones, tapping didgeridoos to chairs, stuffin’ around with interesting sounds, wooden instruments. I wasn’t trying to create pop songs or even create a career. I’ve always remained true to that.

“I don’t think I’ve ever sat down and gone, I’m going to write a song. They just come, they just flow through me, I don’t write them down, I don’t record them all, if songs don’t stay I don’t force them.”

Rudd plans to record a new album in October and while his last album, Nanna, was reggae, the new album will be a return to his folk roots.

With close to a million albums sold worldwide, he is a phenomenon on the Australian music landscape – a multi-instrumentalist who creates deeply stirring music with no consideration given to its commercial viability, which nevertheless resonates with millions of fans.

His profile is even bigger in Europe and North America, where he tours extensively each year.

Still, he loves playing at home and will return to Caloundra Music Festival fitter, stronger and happier.

“I love the Sunny Coast and I have a bit of family up that way – I think I’m going to move there eventually, maybe in the next few years. I’m 39 now and I’m creeping further north the older I get,” he jokes.

“I’m stoked with how things are going overseas but it makes it extra special to play at home. It’s where it all started for me and I really appreciate home – Australia always got behind me.The Sunny Coast is a special place and I’m definitely looking forward to it.”

Caloundra Music Festival is on at Kings Beach from September 29 to October 2.