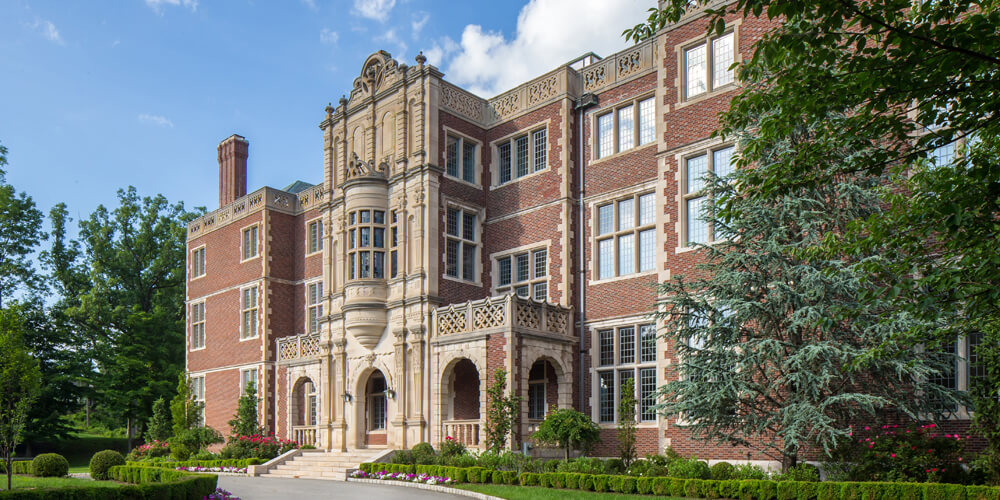 When you think of a traditional mansion, something like Darlington may come to mind.

The majestic mansion is located in New Jersey, around 40 kilometres from New York City, and has been called the ‘American Versailles’ by architectural enthusiasts.

Boasting a modest 58 rooms, three storeys, a great hall with 30-foot ceilings and one of, if not the only, 1906 Aeolian Player Pipe Organ, and grounds framed by the Ramapo Mountains, you won’t find another property like it.

This is probably why you have to enquire with Christies International Real Estate for a price on the property.

It is believed the prestige property agency is seeking offers around the US$48 million ($61 million) mark.

Darlington was modelled after an English castle and was built in 1907. It was designed by James Brite who, along with his partner Henry Bacon, also created the original Madison Square Garden, American University in Washington, D.C., and the world-famous Lincoln Memorial in Washington, D.C.

The mansion has undergone a transformation of sorts in the past seven years, with a complete renovation in which the original precious materials and architectural design have been preserved.

All of the mechanical systems and bathrooms were replaced and a new 1100-metres-squared living area was added.

No expense was spared on the renovation, which saw the most talented Italian wood carvers and the world’s top designers bring the mansion into the 21st century.

The exquisite wood carvings throughout the mansion are bold and unique and the library features a 15-foot ceiling painted by muralist James Wall Finn, whose other works include the Payne Whitney Mansion and the New York Public Library.

For the entertainer, there is a wine cellar and tasting room, cigar room, theatre, billiard room with bar, and poker room.

For those who crave a little indulgence, there is a beauty salon, luxury spa with lap pool, steam room, sauna and massage and exercise rooms.

No mansion would be complete without a tennis court, fountains, pergolas and gazebos, which are placed around the sprawling grounds.

If you are looking for a place fit for royalty, you really can’t go past this.

Why Australians love to renovate
Fifty shades of green