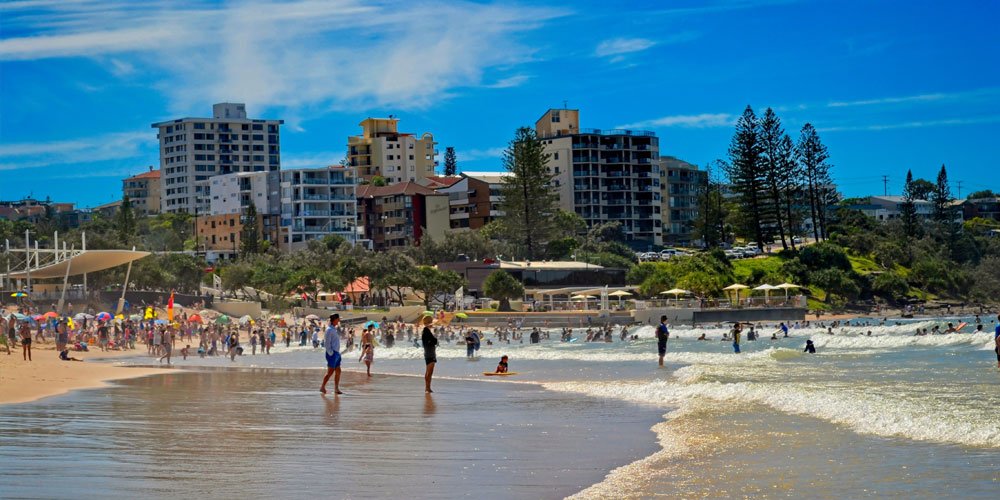 He says that when the market was at its height, people would often comment: “You must be liking this.”

However, his response was the opposite. Basically, he says, there would be up to 20 people looking to buy a property, but only one would succeed.

“That means the rest were unsuccessful and disappointed,” he says. “And we don’t like seeing that.”

“It’s good to get back to helping people.”

However he adds that the mix of buyers remains the same. “There are still international, national and local buyers.”

And as for the interest rate rise, he sees that as a prompt for more sales.

“Besides all the hype – in reality the rate rise is actually still very low. Many people recognise this and are seeing it as their last chance to get in and secure low fixed rates.”

As for identifying where buyers are coming from, Ray White Mooloolaba and Kawana director of sales and marketing James Goldsworthy lets the figures speak for themselves.

“In the September 2021 quarter 46 per cent of our sales were to interstate or international people,” he says.

“Since January this year 35 per cent of our sales were to outsiders – so yes, there is a change.”

Ross Cattle of Define Property agrees there has been a change in the market and echoes Mr Diesel’s analysis. “We had our biggest sales the week before Christmas,” he says.

“But this was an overheated market and not sustainable at that volume.”

However, he says there’s still a high demand.

“The heat has gone out of the market, but the prices are still there.”

The latest Regional Movers Index* released on February 17, 2022 and covering the December quarter notes the Sunshine Coast is still just below the Gold Coast as the most popular destination for metro-movers.

*Regional Movers Index is a partnership between the Commonwealth Bank and the Regional Australia Institute (RAI).