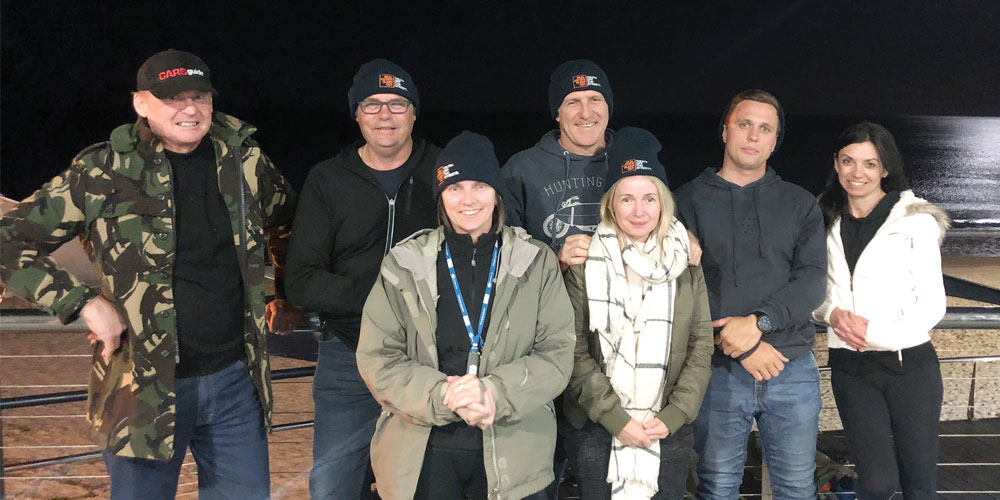 Sunshine Coast real estate agents and their staff slept rough through a chilly winter’s night at Mooloolaba’s Loo With a View and have raised almost $14,500 for youth homelessness services in the process.

According to Homelessness Australia, the  number of under-24s without a roof over their heads, including the ‘hidden’ homeless who couch-surf or move from hostel to hostel, is closer to 8000 across the Coast.

Gordon Macdonald from The Auction Group and My Weekly Preview’s Dave Hawkins hosted close to 30 people at the Youth Off The Streets Real Estate Sleepout on August 19.

Mr Macdonald, who was a participant in the Brisbane event last year, says he wanted to bring the event to the Coast to raises awareness of youth homelessness in the region.

“The reality is that when we were in the CBD in Brisbane last year, it was very confronting and very real as you could see youth homelessness was quite evident, whereas it is an issue on the Sunshine Coast, but it’s harder to see here,” he says.

“Rosies Friends on the Streets volunteers came out to support our event and shared stories of some of the people they have supported on the Coast. Rosies has 90-something volunteers – most have got day jobs and still commit their time to an outreach three times a week to support the homeless.

“I believe it’s important for people in the real estate industry, especially, to be exposed to homelessness because we put people in homes, that’s what we do, but we can only do it for the people with the resources to have a home.

“As an industry, why is it not a responsibility for us to put roofs over the heads of people without the resources?”

The event attracted a wide array of agents and their staff and Mr Macdonald says there was definitely a friendly air of competition as each agency attempted to raise the most money for Youth Off The Streets.

“Whenever there is a cause greater than us, people put their competitive nature aside and it’s a beautiful neutral ground,” he says. “The real estate industry is a competitive one and in this case it worked to the advantage of the cause because the more competitive an agency is to raise money, the higher our collective tally would be.

“That was evident [on the night] with people on their phones raising money right up until we went to bed.”

Ross Cattle of Define Property was the highest individual fundraiser for the Coast event, raising $2630. His group raised a total of $5020.

Mr Cattle just edged out Mr Macdonald, who raised $2530 individually. Domain had one of the largest crews, with 10 people sleeping rough to support the event.

Mr Macdonald says he was delighted by the number of people who came to support the inaugural event. He is already planning to host a 2020 event and aims to double the number of participants and the amount raised to give even more back to support youth homelessness.