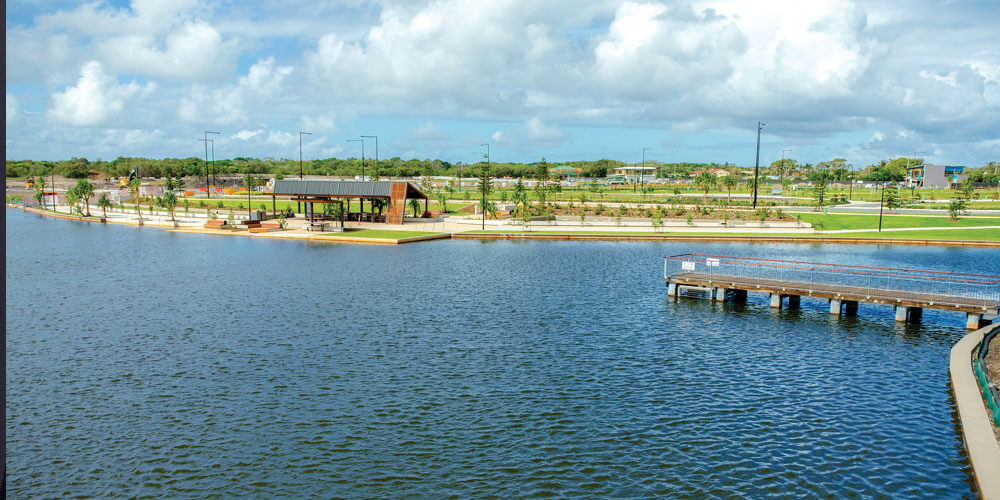 Bokarina is undergoing one of its most significant changes since it emerged as a Sunshine Coast suburb in the early 1980s.

Housing one of the last beachfront parcels of residential land available on Australia’s east coast, the release of land within Stockland’s Bokarina Beach estate has seen buyers and investors whipped into a frenzy to secure property within the 30-hectare lifestyle development.

The vibrant community taking shape is a far cry from the overgrown former Australian military live ammunition training ground, which was fenced off for decades as the remainder of the suburb of Bokarina grew around it.

Bokarina was given its name by developer Alfred Grant in the 1980s in the belief that it was an Aboriginal expression for ‘middle’ due to its location halfway along the Kawana Waters land development scheme created in 1969.

The initial subdivision was created between the foreshore reserve and the sports complex on Nicklin Way.

The district schools, Kawana Waters High and Bokarina Primary, opened in 1986 and 1987 and these were later merged as Kawana Waters State College in 2006.

With a current population of 1234, Bokarina has enjoyed a staggering 45 per cent growth in median house values in the past five years and demand continues to remain high for properties listed in this area with the average time on market sitting around 63 days, according to the REIQ’s latest Market Monitor report.

This is largely due to being located down the road from the $1.8-billion Sunshine Coast University Hospital and health precinct in Birtinya and the creation of Stockland’s Bokarina Beach.

When complete, a total of 1.8 hectares of parkland surrounding the lake is planned to incorporate a beach on the northern side offering a launch area for paddle boards and kayaks, as well as shaded and seating areas.

A $19-million underpass project has also been completed in order to upgrade the Nicklin Way and Lake Kawana Boulevard intersection to improve traffic flow in the area.

Stockland regional manager Adrian Allen says all lots in the first land releases of Bokarina Beach were available exclusively to customers who had pre-registered their interest and since then, land releases have been continually fast-tracked in both communities to meet demand.

The latest announcement to come out of Bokarina Beach is a new range of beautiful architecturally-designed three and four-bedroom terrace homes in the final residential precinct.

The Terraces at Bokarina Beach will be located close to the future village centre as well as walkways linking directly through to the beach.

The new lakeside park was recently unveiled as part of the first stage of Lake Square, an expansive recreational space which will straddle the edge of the Lake Kawana extension into Bokarina Beach and create a landmark entry into the community.

Stockland senior development manager Mark McMahon says the park incorporates a wooden pier as well as a new centrepiece public square with a long table and sheltered barbecue facilities designed to be used for gatherings and community events around the lake, which is equivalent to 16 Olympic-sized swimming pools in size.

The squeeze is on
From neglected to next-level luxe