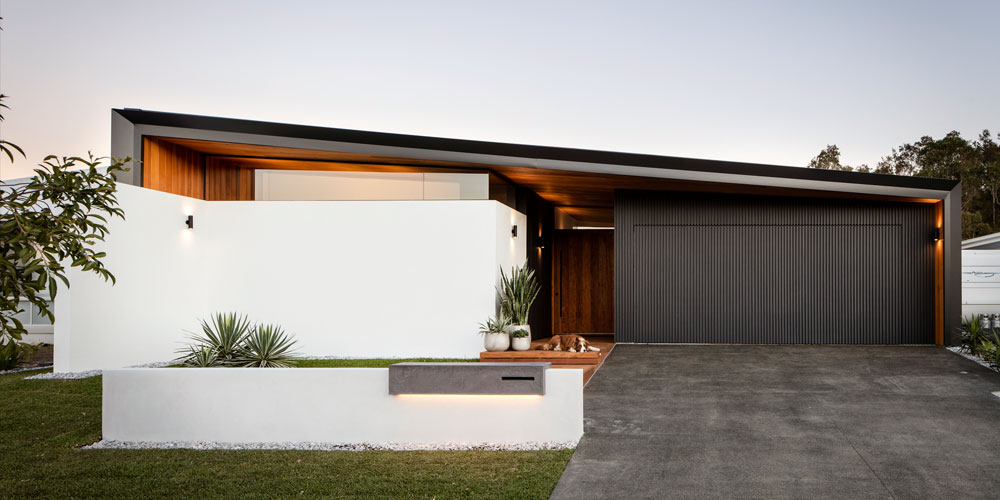 Two Sunshine Coast builders have competed against the best in the industry at the HIA-CSR Australian Housing Awards.

Planet Homes’ Jason Bowker was a finalist in the Display Home category, while Dayne Lawrie Constructions was a finalist in the Spec Home of the Year award. While, the national awards have been held on Hamilton Island for the past couple of years, the awards ceremony was this year held in Singapore – the architecture capital of the world.

Dayne Lawrie and fiancée Nadia Thompson were thrilled to have progressed to the national level after entering the local awards for the first time. They took out the Spec Home category at the state level.

Ms Thompson says they thrive on pushing the boundaries and “challenging people’s thoughts of what’s possible” when it comes to home design and they are very focused on attention to detail at every level of planning and construction.

Their spec home at 185 Balgownie Drive, Peregian Springs, which has since been sold, is a mid-century-style house with a natural material palette of timber and concrete.

Taking five months to build, the home boasts many notable features, from the internal timber feature wall with hidden doors, large rosewood entrance door, all internal doors to ceilings, ceiling-mounted robe doors, timber ceilings, internal day bed and raked glass presented at the front of the house, plus much more.

The striking central timber feature wall encases a hidden door, and concealed hinges create the perfect appearance of clean lines and invisibility. The flashing that appears on the external facade was folded to add diversity to the house and to conceal the thickness of the beam that sits behind.

While the 2017 national winners were announced on May 12, entries for the 2018 Sunshine Coast/Wide Bay Housing Awards are already open. The awards celebrate a local residential construction industry that continues to deliver new levels of quality, excellence and innovation in the design and construction of homes, renovations, and kitchen and bathroom projects.

One of the strengths of the local awards is that it enables industry participants, including builders, developers, designers and contractors, to compete against their peers across a range of building categories from custom-built homes to renovations and everything in between.

HIA regional manager Stuart Collins says there are new categories and revised sub-categories this year to reflect trends in housing. These include renovated kitchen, renovated bathroom, apartments up to four storeys, apartments over four storeys and a steel frame award.

The People’s Choice award, supported by My Weekly Preview, will again be a feature of the program and will allow voting across all custom-built entries. Mr Collins says there has been an increasing number of entries each year and builders and designers have until the end of July to enter the 2018 awards.

“The Sunshine Coast has always been well represented at the Australian Housing Awards and it’s not unusual to see Sunshine Coast builders and designers winning major awards at the higher level,” he says. “A lot of the stuff we do here is innovative and cutting edge. Each year, entrants push new boundaries and I am looking forward to seeing this year’s crop.”

To find out more, visit hia.com.au.