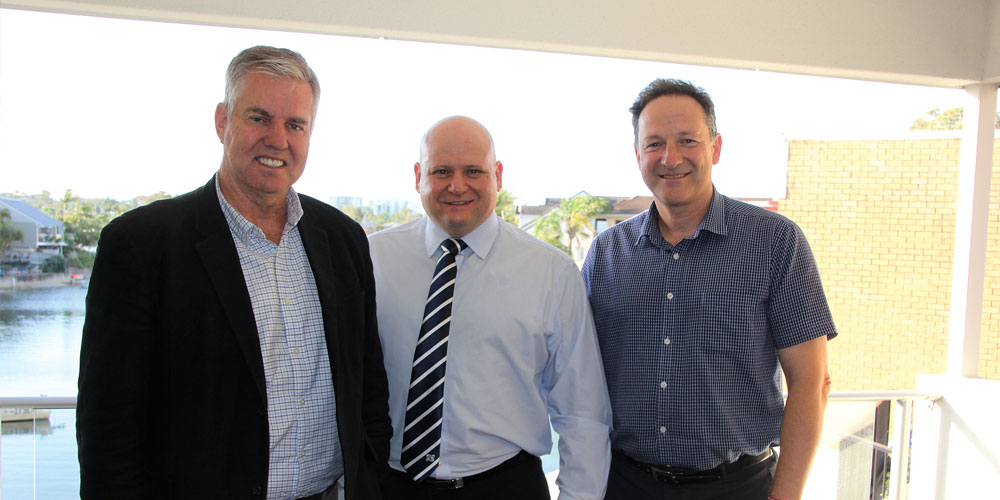 During his recent tour of the region, First National Real Estate CEO Ray Ellis was blown away by how much the region has evolved in recent years.

Mr Ellis recalls first being introduced to the region when visiting Coolum, when the oceanside town’s main highlights were a corner store, a theatre and a caravan park.

He says while there has been much expansion across the region, it still retains a lot of its charm for those living in inner cities but looking for a sea or tree change.

“In the last five years, more people have left the major cities than moved to them. More people are changing their lifestyles to be a lot more relaxed.”

He says the Coast property market continues to remain steady because of what it offers in terms of a combination of lifestyle and emerging infrastructure projects.

“Australians have a fascination with real estate and 95 per cent of the Australian population are living within 100 kilometres of the coast, and the Sunshine Coast is definitely one of the places to be,” he says.

“The younger Queenslanders will always find living on the Sunshine Coast attractive because it’s like home for them, but younger people need more action and buzz within the community as well.

“The region has a stable market and it hasn’t experienced the huge peaks and troughs of the Sydney and Melbourne markets, which makes it even more attractive to investors and owner-occupiers.”

One of the toughest things facing the industry at the moment is the continued practice of assessing loan applications with a nominal serviceability rate of 7.25 per cent. Mr Ellis says the traditional one in eight loan applications failing has been increased to three or four out of every eight thanks to this practice.

“[There are] no real signs of that changing in the short term, making it hard for investors and serviceability of the loan,” he adds.

“Some of the latest studies show the average person living in inner-city Sydney or Melbourne would spend up to $300 per week on Uber Eats and people are outsourcing odd jobs more than ever before.

“They are paying people to mow their lawns, clean their pools, clean their houses and cars, do the ironing, so the cost of living is more than it ever has been for some demographics, and this all affects serviceability of the loan and are all factors the banks now consider.

“Banks continue to be more invasive than they were even two to three years ago, but there is always a way and buyers just need to be more aware of how they treat their money in order to get the loans they need to enter the property ladder or expand their property holdings.”

Mr Ellis says he believes the Coast will continue to be a “popular place” for people to set down roots, predicting a continued stability for the property market.