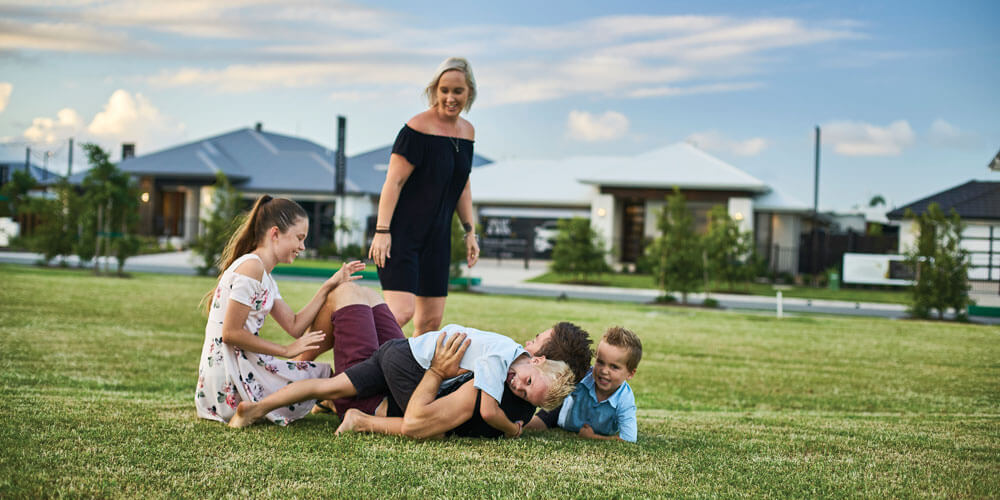 Harmony will deliver more than 4800 homes in coming years

Building a dream home on the Sunshine Coast has become a popular option for people on all levels of the property ladder, with the region gearing up for a bumper year in residential dwelling construction.

The Sunshine Coast Council’s profile id data shows there were 2428 residential buildings approved to be built in the first half of the 2018-19 financial year and if the second half is just as productive, the region will eclipse the total 4140 dwellings constructed  last year by several hundred.

The council uses the strength of the residential building approvals as a litmus test for the overall health of the economy as it reflects interest rates, availability of mortgage funds, government spending, and business investment.

It appears the recommendations of the Sunshine Coast Affordable Living Strategy 2010-2020, which was released in 2011, are coming to fruition.

Since the report was released, infill developments like Sunshine Cove in Maroochydore, Bokarina Beach near the Kawana health precinct and greenfield sites at Aura in Caloundra South, and Harmony at Palmview, have opened up land opportunities for tens of thousands of new homes to be built. In fact, the Coast’s two greenfield sites are the largest in Queensland.

Plantation Homes regional sales operations manager Melissa Wolfe says there is a great variety of land choices on the Coast, with everything from smaller acreage blocks through to “community-focused estates”.

Land that’s less than 400 square metres is  now much more popular with buyers, and developers have a strong focus on the reduction of the housing land footprint in exchange for the provision of “walkable cities” with access to larger communal leisure facilities such as parks, walkways and bike paths. This is also providing an affordable entry point into the market for first-home buyers.

Ms Wolfe says Plantation Homes’ figures indicate more than one third of its customers are first-home buyers.“The Queensland dream is still to own a home, with the needs and requirements of family living not really changing in terms of internal requirements,” she says. “There is still strong demand for four bedrooms, and multiple living spaces, but as lifestyles evolve, the requirement to have a larger backyard has changed.

“In recent times we have seen a shift in our customer’s needs with markets and affordability changing. It is important to not rule out multi-generational living. This could be as simple as having a theatre option with ensuite, which can easily be converted to a guest bedroom on the ground floor.

“Young adults are staying home longer due to affordability and needing to save for a deposit, so homes are now evolving to accommodate adult children, for instance.”

While some might argue that young first-home buyers have unrealistic expectations of what they should buy, Ms Wolfe says customers are more open to the idea of purchasing only what they require.

“Even though we are seeing smaller home designs, they have adapted to use spaces for multiple reasons,” she says.

Among the most popular compact living options taking hold across the Coast are terrace homes. Brad Thompson of Thompson Sustainable Homes believes they are highly attractive to millennials in particular.

“Terrace homes are extremely popular with millennials because they’re freehold houses and the owners aren’t bound to body corporate fees or strata, as they might be with apartments – this is something they can wholly and solely own,” he says.

“Our terrace homes can have up to four bedrooms, so buyers are not forced to relocate if they decide to start a family – they can comfortably live there for years to come.”

He says Thompson’s terrace homes are designed to “show off” the Sunshine Coast lifestyle, which AVID Group development manager Anthony Demiris says is one of the biggest factors buyers consider when selecting their ideal parcel of land.

Harmony is on track to deliver more than 4800 homes over 234.3 hectares in the coming years. More than 85 per cent of the residents are owner-occupiers, and Mr Demiris says the relaxed coastal lifestyle, affordable housing options and the booming number of employment opportunities are influencing people to either make a sea change or stay on the Coast.

More than 900 blocks have been sold in the estate in the past two years, with a number of land releases having to be fast-tracked in order to keep up with the demand. Mr Demiris has seen a diverse mix of buyers, ranging from first, second and even third home buyers to young families and downsizers.

“We have seen a high number of retirees who still have extremely active lifestyles and aren’t quite ready for a retirement community,” he says. “There are still buyers out there who dream of having the white picket fence, but there is certainly a shift in buyer mentality to smaller, more easily maintained living options that are close to everything they need.”

A quick Google of land sales on the Sunshine Coast reveals more than 590 options, and it’s hard to imagine a time when land was hard to come by. But when Sunshine Cove was first unveiled in 2004, it was rare to see an in-fill development parcel so close to an established CBD.

“Sunshine Cove has a broad appeal to many buyers, be it home owners or investors,” says Sunshine Cove Realty consultant Penny Service. “However, a very high proportion of owners are owner-occupiers – people are living the Sunshine Coast lifestyle that other people only dream about. As a community it works, and its strength lies in its varied diversity.

“We have one final parcel of residential land to develop, which is the land across the water, accessible by the bridge off Cheyenne Way. ”

Sunshine Cove covers 106 hectares, with more than half of that allocated to residential allotments that will eventually house around 6000 residents. The rest is a mix of lakes, parklands, commercial and mixed use.

Ms Service says while lifestyle remains a core factor for owner-occupiers when seeking land to build on, investors continue to be drawn to the region due to the number of large-scale infrastructure projects, including the Sunshine Coast Airport expansion, the installation of the submarine broadband cable, the development of the Maroochydore CBD and the magnetism of the new Sunshine Coast Health Precinct.

Those seeking beachfront land, which is as rare as hen’s teeth in the region, will need to be quick off the mark, with just two residential lots remaining of the total 160 home sites, 130 terrace homes and up to 800 beachside apartments at Bokarina Beach.

Stockland regional manager Adrian Allen says all lots in the first land releases of Bokarina Beach and Aura were available exclusively to customers who had pre-registered their interest and since then, land releases have been continually fast-tracked in both communities to meet demand.

“While demand will always be strong from families looking for larger home sites with a big backyard, a wide range of home buyers are increasingly seeking housing options that are appropriate to their changing needs,” he says. “Aura offers everything from low-maintenance loft-style terraces to home sites over 600 square metres.”

Mr Allen says the majority of home sites in Aura’s first suburb, Baringa, have been sold and buyers are now clamouring to secure land in Aura Central, which will be the future heart of Aura and will feature 10,000 homes.

Buyers are also becoming more selective as longevity is a key consideration for people on all levels of the property ladder. Recent Roy Morgan research found 41 per cent of Australians have not changed their home address in more than a decade and 17 per cent hold onto their properties for between five and 10 years.

While demand still has the upper hand on the supply, prices are remaining at a level that makes buying your own slice of Sunshine Coast paradise a reality for many. 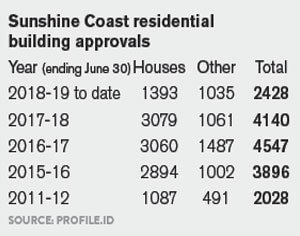