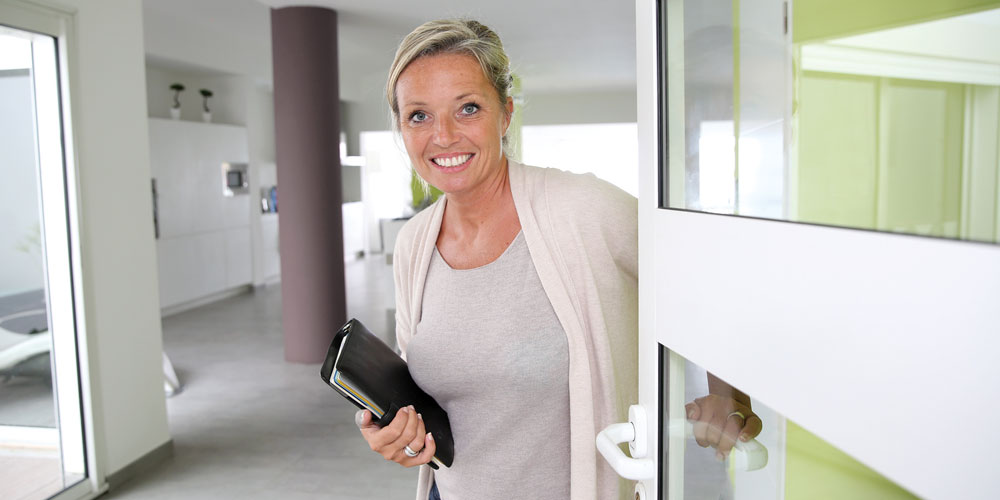 You will no doubt have heard about the Reserve Bank of Australia’s decision to cut interest rates to a historic low one per cent.

The latest cut of 0.25 per cent is an attempt to boost jobs growth, wages and inflation.

The RBA cut the official cash rate from 1.50 per cent to 1.25 per cent at its June meeting, and despite expectations it would wait until early August to cut again, it moved sooner, with another 25 basis points cut at its meeting on Tuesday taking the cash rate to one per cent.

While this is great news for people who already have a mortgage, it is not the best for those who have relied off cash investments such as term deposits, with returns now dropping to around 1.9 per cent.

According to a Canstar analysis, the best return you would get on a one-year term investment in one of the big four banks is with Westpac, who as of July 1 was offering 1.95 per cent.

However, if you use that $50,000 to invest in property on the Sunshine Coast, you will be entering the property market at an opportune time.

According to the Real Estate Institute of Queensland’s (REIQ) latest Queensland Market Monitor report, which was released in June, the average investment home on the Sunshine Coast returns four per cent and an investment unit yields 4.8 per cent.

The QMM report shows a three-bedroom investment home in the 4557 postcode, which includes Mooloolaba, Bundilla, Kawana Island and Mountain Creek will net the owner median rent payments of $490 per week, or $25,480 a year.

Rent has increased across the entire Cost region over the past five years, with the 4557 postcode enjoying an average increase of $80 a week since the March 2014 quarter and demographers are projecting that the population will continue to surge at an annual rate of 2.5 per cent to half a million by 2040.

With this level of future demand and current rental vacancy rates sitting at around 1.5 per cent in the tighter areas of the Coast, the REIQ is predicting rental returns will remain strong, making property a more attractive prospect than ever before to having cash locked away in a term deposit. 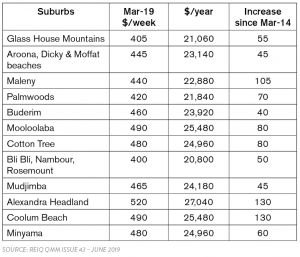 “How long has this property been on the market?”
Creating competition