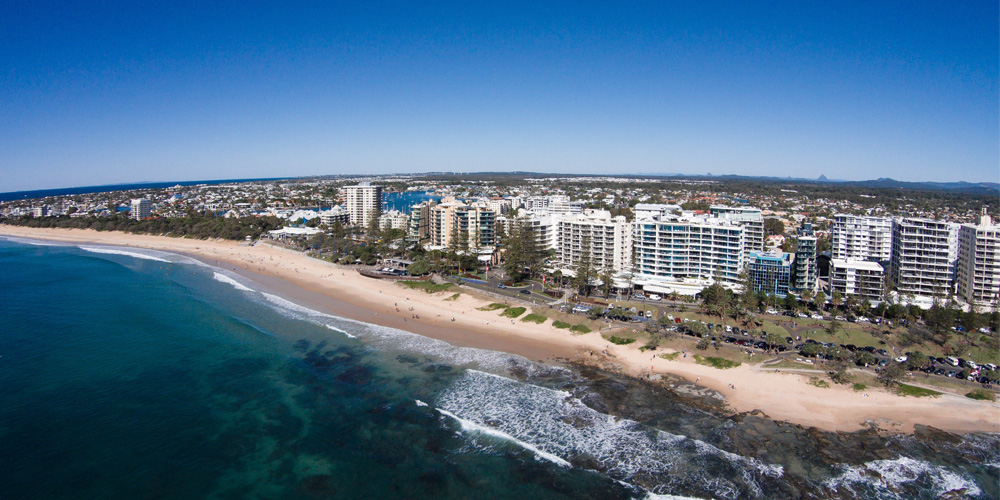 The world is on the cusp of the fourth industrial revolution and the Sunshine Coast is uniquely positioned to maximise the opportunities that are poised to abound.

According to property investment expert and futurist, Investor Property’s Mal Cayley, although the Coast continues  to enjoy multibillion-dollar investment in sustainable  game-changing projects that will create lasting change for the region, it is the future submarine cable that will catapult the Coast to greatness.

Mr Cayley believes the power of this project is being underestimated as the capabilities of having a subsea cable linked directly to Maroochydore are not properly understood.

“If you’re thinking we already have internet, what’s the big deal? The big deal is there is a clear correlation between subsea cables and macro-economic growth in terms of GDP, incomes, capital formation and trade,” he says.

“That is to say that as a country increases their connectivity, their economy expands. Importantly, there aren’t any real examples of a regional economy like the Sunshine Coast receiving such a boost. If at the macro-economic level there is a massive boost, and there is much being said about its effect on the Queensland economy, we can only imagine what the impact will be on the Sunshine Coast and how this city by the beach will change forever.”

The cable is touted to make telecommunications faster, cheaper and more robust and will in turn make the region highly attractive to data-sensitive or latency-sensitive sectors that are seeking the quickest possible access to the Asian markets.

Research by RTI Connectivity, who is delivering the cable in conjunction with the Sunshine Coast Council and the Queensland Government, shows every time a cable is connected to a country, it improves gross domestic product, creates jobs, increases incomes and boosts trade, airports, ports, rail lines and connectivity between cities across  the nation.

“The importance for our trade and national connectivity is huge,” Mr Cayley says.

“All of the cables going into Sydney are within 35 kilometres of one another and most of the network in Australia is on copper, restricting the ability to move that information.

“When you consider that in the days of dial-up, it would take a day to download a movie, 4K movies downloaded over the internet connected to the NBN still take around an hour-and-a-half to download and you will be able to get 7K movies, that’s the extent of the technology now, from the optic cable connected to Maroochydore downloaded in 0.8 of a second.

“This demonstrates how massive it will be for the banks, the finance industry, the health sector as well as other data-intensive businesses. This capability will be used not only to leverage opportunities, but to change the way we live.”

According to Mr Cayley, this fourth industrial revolution will change just about every aspect of life as we know it.

“The first revolution, where we saw the use of steam, was some 200 years ago. The second, electricity, was 100 years ago, and the third, the introduction of computers and the digital age, was 50 years ago,” he says.

“The fourth, which we are on the cusp of now, will be so significant that it will change everything in the next 25 years. The key thing about the Sunshine Coast, which I don’t think most people have comprehended yet, is that every submarine cable in the world is connected to a major city. Ours will be the first cable connected to a regional city anywhere.

“If a submarine cable is significant for a nation and huge for Queensland, imagine what it means for the first regional city to benefit from such a connection. For it to come at a time when data is king, it will undoubtedly transform how we live.”

When it comes to the property market, Mr Cayley says there is “undersupply bearing down on us”.

The Property Council is warning that if all we do is achieve the council’s dwelling approval targets, we’ll have an undersupply the size of Nambour by 2040. Mr Cayley says dwelling completions have historically been less than 80 per cent of the number of approvals.

“For example last year we only completed just over 2100 new dwellings but needed over 3800 just to meet the growth, not to mention an existing undersupply of 20 per cent.

“All the projections that look into what is happening on the Sunshine Coast have often not factored the submarine cable in, and its job stimulation and subsequent demand for property to house new employees will come on top of [those projections].”

At a highly anticipated Sunshine Coast Property Market Update event with renowned and awarded developer Ron Grabbe from RGD Group, Mr Cayley says the Coast already boasts the top spot for infrastructure investment per capita in Australia as well as some of the lowest vacancy rates in the country and high-performing key suburbs in terms of property sales.

The Coast has the highest internal migration in the country and analysts predict the number of full-time jobs will double in the next 15 years, along with the overall value of the economy.

“This is all because of the gamechangers, including the Maroochydore CBD, the airport expansion, the upgrades to public transport, large residential developments and, of course, the submarine cable,” he says.

“This combination of events is unprecedented and the cable is coming at a time in history when the importance of data is about to explode exponentially. If we were to try and give it a name, the Sunshine Coast is about to become the modern equivalent of Silicon Valley.

“What’s happening here has never happened in the world and while no one can say exactly what’s going to happen – I can tell you it’s going to be amazing.”