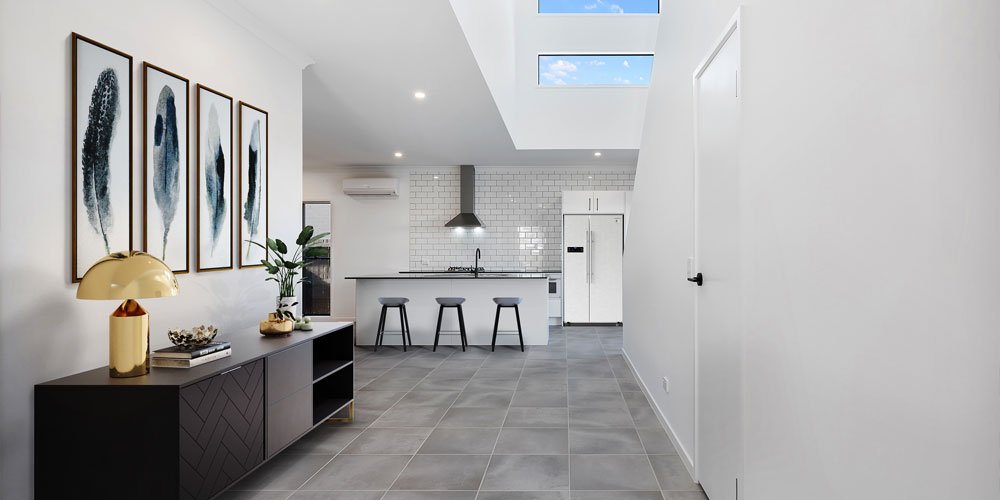 It’s a tale of two different approaches to home design for new home and established dwelling buyers as the impact of COVID changes their priorities.

At the top end of the market where Next Property Group’s Loren Wimhurst has most of her sales, buyers just want to get in in a market where there is limited stock.

Their highest priority appears to be the right position, either near the water or on acreage, and the property’s potential. “I haven’t had one buyer all year say I am buying because I am working from home,” Ms Wimhurst says. “The buyers are more fixated on the location rather than what is in the home.”

But for the buyers who are flooding Thompson Sustainable Homes (TSH) with new home orders, their priorities for living well on the Coast are different and enlightening.

TSH marketing manager Renita Gordon says top of the list is a greater emphasis on multi-generational living that “ensures there is secondary space for the grandparents to have their piece of paradise”.

While it has been a gradual shift, Ms Gordon says last year has really bought home this change.

Equally important is the requirement for parents to have work-from-home options. If not an office per se, allocating space for a working hub for the family’s computer equipment is a common requirement.

Larger common living spaces is a consequence of a greater number of people living in the house, whether its grandparents or teenagers who are staying at home longer.

“The island bench is the most important part and integral part of all of the build,” Ms Gordon says. “And the livability where everyone can find their own space.”

A smaller backyard is another noticeable change. Buyers are trending towards more indoor space and limited outdoor space particularly where that space requires significant maintenance.

Reducing bill shock remains high on the list as solar panels, natural airflow and water tanks are being included.

Ms Gordon is noticing some young families wanting to downsize. “They have had the big home, the big block and now they are saying, ‘you know, we don’t really need this, we need to bring everything back’,” Ms Gordon says.

“And for those younger buyers that may have benefitted from a bigger block and have made some money off that, they’re realising what is more important is the family and coming together rather than extending their wealth,” she says.

Up, up and away for residential construction costs
HomeBuilder’s success causing some headaches