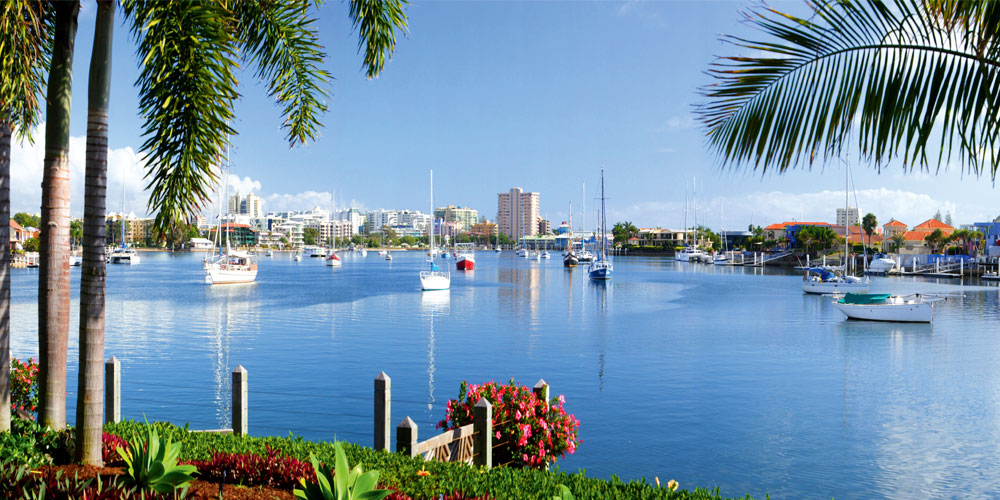 The property market on the Sunshine Coast is enjoying one of its most robust periods in recent times, with high demand driven  by the many large projects in the region working wonders on the property prices people can achieve.

With a population set to increase to 550,000 by 2040, ask any local what they envisage for the future of the Sunshine Coast, and quite often you will get the response, “I don’t want it to be like the Gold Coast”.

But award-winning Australian demographer, data scientist and social commentator Mark McCrindle has news for you – we are heading in that direction, just not yet on that scale.

Mr McCrindle will visit The Shed in Palmview on February 23 to present findings from the 2017 Census and analyse some of the emerging trends for our region, and he says the Sunshine Coast remains one of the country’s fastest growing areas.

“Unlike other states, where the populations are heavily concentrated in capital cities, Queensland is the polar opposite of that, with a decentralised population that sees more than 50 per cent living outside of the capital of Brisbane,” he says.

“With that happening, you are not  only going to see continued population  and property sprawl, but there will also be densification and urbanisation and there will be a growth in the number of apartments, units and townhouses you will see on the Sunshine Coast.”

While the region has been a retirement destination in the past, Mr McCrindle says change is afoot due to the attractive lifestyle offered here, and the increasing ability for technology to allow people to work in any location – more gen X families and gen Y young adults are moving here in search of a better work/life balance.

“[People] no longer seek out communities that are meeting single needs, like the residential community, or the work hub, or the business park. People are looking for that salt and pepper development that is mixed-use, where they can live, work and play,” he says.

“People want to connect more locally, and the whole city planning mindset has shifted to meet that modern need. The walkable community is the one that will meet the needs of this next generation, and it’s not just young people seeking this out.

“These diverse communities are also attractive to downsizing baby boomers who want to be closer to the action than what their traditional suburban homes have allowed. These new, thriving and activated communities can meet the needs of everyone.”

These are the kinds of communities being planned by Stockland at Aura and Bokarina Beach and by AVID Property Group at Harmony, with tens of thousands of new residents set to move in to these greenfield sites in the next decade.

Mr McCrindle says infill development, such as the Maroochydore CBD, will reinvigorate and future-proof the region.

“There is a fair bit of infill going on now and this will help the region to remain relevant and not stuck in the rut of suburbs and distant locales we have created in the past.

“Infill development allows for renewal and regeneration and when these new developments are mixed in with more established ones, it provides great opportunities to retrofit established communities to meet the new needs of today,” he says.

“This is what has activated a lot of the other city areas across Australia, where they have been able to take existing locations  and some of the infrastructure and with population density, been able to reinvest and rebuild some of those areas to make them a bit more of this 21st century vision.”

He adds that the Sunshine Coast can  well and truly compete with bigger cities on the liveability scale.

“When we look at liveability and what makes an area desirable, one of the things is affordability, the next is population growth and an area thriving in terms of infrastructure investment and built amenity.

“In a more Australian context, they look for natural amenity, which is where the Sunshine Coast offers more than any other area,” he says.

“While places like Melbourne continually rank on a global scale, not everyone wants  to live in a global city with a five-million population.

“Regional cities have come into their own in the last decade or two and as buyers, what we look for has changed. With a boost in gig-industries and entrepreneurial start-ups, more people can choose lifestyle over location.

“It’s given places like the Sunshine Coast a massive leg-up on some  of the cities that used to dominate in that regard.”

Harcourts Caloundra’s Luke Carter says when you look at cities like Miami, Singapore, Hong Kong and even Melbourne and Sydney, comparable properties are five to seven times the price of Sunshine Coast properties, but they are not five times better.

“The Sunshine Coast has pockets that  are on par with some of the best locations in the world and it seems almost unreasonable that our property prices are a fraction comparably,” he says.

“The Sunshine Coast  is lucky to have an area like the Gold Coast nearby, to be able to learn from their mistakes.

“We have to have higher density living on the Coast, but I am confident we will do it right and there are some great things coming for the future.

“If managed correctly, we will become one of the best and most desirable regions in the country.”

For those looking for vacant land outside masterplanned communities, buyers can get the feeling they are rarer than hen’s teeth, and Mr McCrindle says as more developers land bank to get bigger sites together for large communities, industrial parks or retirement villages, finding an acreage owner preparing to subdivide into individual lots is harder than it used to be.

In fact, the latest data from the Housing Industry Australia CoreLogic Residential Land Report shows the Sunshine Coast has the most expensive vacant residential land in regional Australia, at $718 per square metre. This sits just below Melbourne, with land costing $737 per square metre.

Mr McCrindle says this might not have too much of an impact on young buyers, with increasing numbers giving up on the house and land package for their first home.

“Many are starting life and families in urban spaces, which was not really considered an option a decade or two ago. Even outside of capital cities, people have responded to urbanised living,” he says.

The effects of this social trend has been seen at the coalface, with experienced RGD group sales and marketing manager Gail Hunter seeing the most demand for one-bedroom apartments across all of the apartment buildings released by RGD within the Sunshine Coast health precinct.

The Salt, North Shore and Waterline apartment buildings released to market in 2017 have sold out while the one-bedroom apartments at Aquarius have already been snapped up and Ms Hunter anticipates the next release, which will come onto the market next month, will also be popular.

Investors of apartments in these waterfront complexes enjoy a one per cent vacancy rate.

“We have seen a huge shift from mainly interstate investors to more owner-occupiers, local investors and first homebuyers.

“Particularly people working in the hospital have been buying one-bedroom apartments as they don’t necessarily want to get a flatmate in and with technology being what it is, they don’t need a second bedroom to use as an office,” she says.

“These are getting people into the market at an affordable price.

“They are also popular with the older generation who have the comfort of being closer to medical facilities, and the dual-key type properties allow them to buy a bigger three-bedroom apartment and have an income without interfering with their privacy.”

Ms Hunter says the region’s game-changer projects are “finally putting  the Sunshine Coast on the map”.

The developments around the health precinct have embodied the ‘walkable city’ model  Mr McCrindle says are the way of the future, offering residents easy access to parks, shops, restaurants and entertainment.

“You can see the demand, see that there are more jobs and we’re certainly still on the way up in the property cycle,” she says.

“It is a cycle, but buy wisely and research to ensure there will be jobs where you buy. If there are jobs, you will be able to sell your property.”

With the Commonwealth Games on the horizon, Mr McCrindle predicts there will be a flurry of activity in the property market.

“Tourism does have an impact on property – people holiday in an area and start to get inspired about ownership.

“When tourism numbers increase, you do see some of that transfer into property purchasing, but it is a value-add more than a driver,” he says.

Mr McCrindle says Australians are more transient than ever, with the average tenure in a purchased property now just seven years, making the transition to the Sunshine Coast a realistic option for many.

As Sydney and Melbourne property  markets skyrocket, the term ‘affordability crisis’ has been thrown around a lot in the past 18 months, but some are also using it  to describe the Sunshine Coast.

Mark McCrindle says while local property prices remain considerably lower than those in southern states, the Coast sits at number nine of the top 10 areas that have had the highest property price rises in the country.

“The price rises seen on the Coast have been quite similar in terms of the multiple increases seen over the last decade in the major capital cities,” he says.

“While the prices may sit lower, the proportion of the increase has been very similar [to Sydney and Melbourne].

“It is a reality that when you have a median house price in an area like the Sunshine Coast that is lower than the capital cities, it can work against local buyers as investors from Melbourne, Sydney and Brisbane see it as affordable buy up, adding  to demand and raising those prices.

“The upside is that the Coast is so well regarded that a lot of property investment dollars are going there but the downside is managing the affordability.

“You want to be able to retain people in the area in which  they have grown up and keep that legacy, connection and history by providing affordable options.”

Mr McCrindle says these affordable options come not just in the form of detached homes and unit developments, but also in infill densified hubs in lower-cost areas that are not necessarily on the water’s edge.

“There are some great solutions on the Sunshine Coast,” he says. “While it’s less affordable than it perhaps was, it is not at crisis levels.” 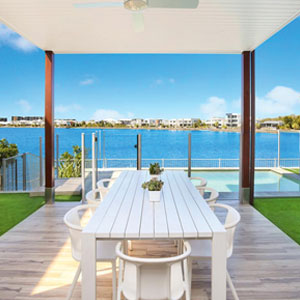 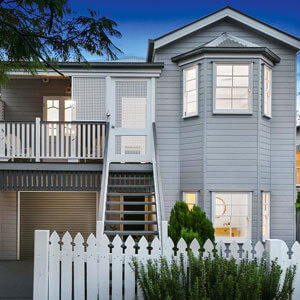 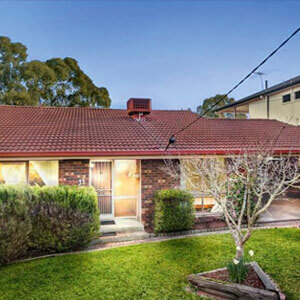 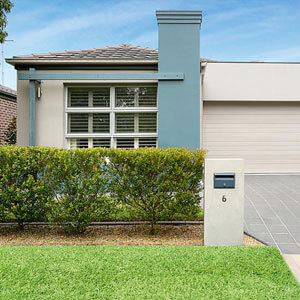