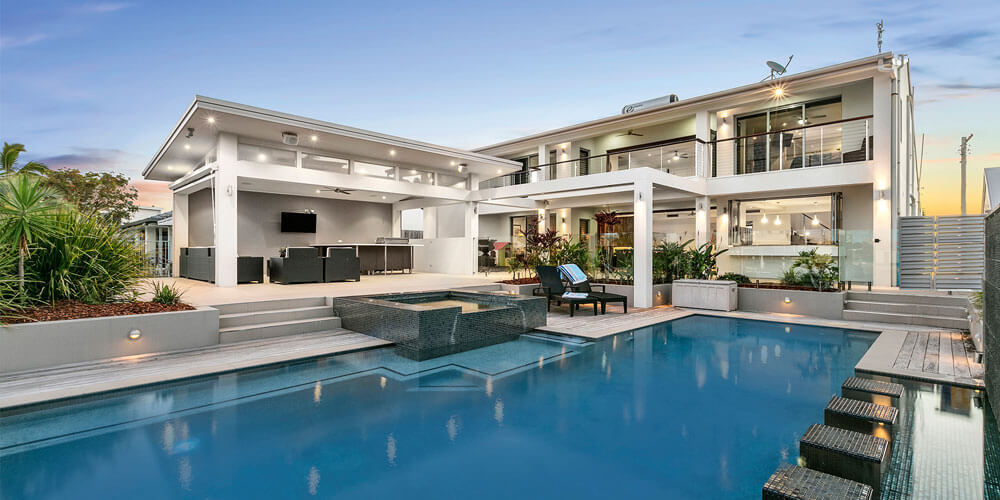 The ultimate coastal lifestyle was on offer when 23 Kumbada Court came onto the market.

The Minyama home had it all, with a stunning, absolute waterfront, north-east-facing home on a sizeable 728-square metre block on the main canal, which is 30 per cent wider than the other channels that feed into it, offering more privacy.

So it was no wonder it quickly caught the eye of those looking for a slice of luxury and a place where they can entertain and enjoy the finer things in life.

The property sold at auction for $1.9 million to buyers from Sydney and agent Geoff Ohmsen from McGrath Estate Agents says despite thunderstorm hitting Minyama right on the 2pm auction opening on February 24, more than 80 people turned up to watch the proceedings.

“We had a total of 55 groups through in the three weeks of open homes and seven registered bidders on the day,” Mr Ohmsen says. “There was fairly steady bidding, which stalled at $1.75 million, and an off-the-floor negotiation led to the $1.9 million final price, which met the reserve.”

Mr Ohmsen says advertising in My Property Preview led to an average of 16 groups coming through each weekend, with double open homes every Saturday.

“Seventy per cent of those groups were there because they’d seen the property in the magazine. The other 30 per cent were neighbours or locals in the area or those who I had called to invite to inspect it.”

By having more buyers in the wings, drawn in by the eye-catching images in the magazine, Mr Ohmsen says both he and the sellers can rest easy knowing they had tested the market and received the best possible price for the property.