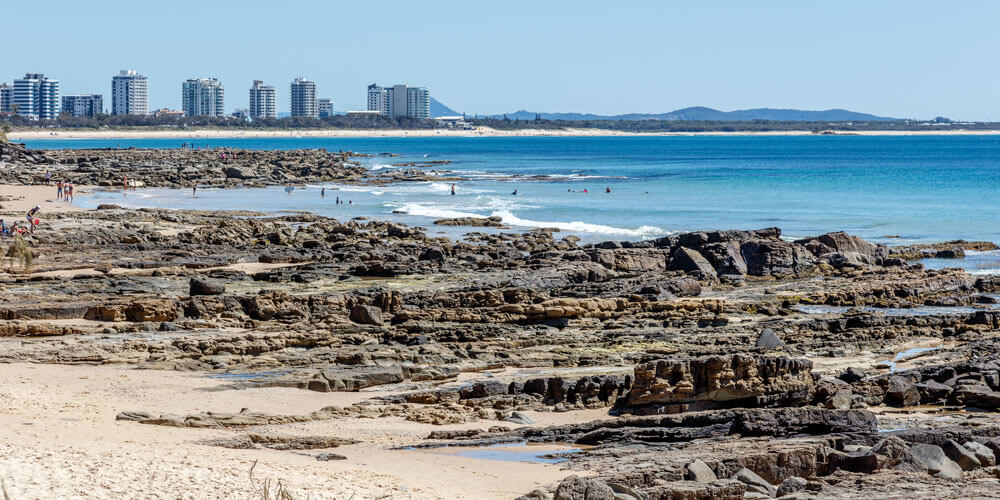 Various figures regarding future population growth for the Sunshine Coast have shown the region is in for expansion at a rate unlike anything we have seen before.

Sunshine Coast Council models predict our population will reach 386,692 by 2026 and demographer Bernard Salt has predicted this will skyrocket to 550,000  by 2040.

While this growth is still on the horizon, the latest Australian Bureau of Statistics has given us a glimpse into which suburbs are already the most popular, based on population density for the 2016-17 financial year.

Perhaps not surprisingly, most of the region’s top 10 most densely-populated towns are located close to the beaches  that are such a large drawcard both for residents and migrants seeking the  ideal lifestyle balance.

At just 5.5 square kilometres in size, Alexandra Headland took out the title for housing the most people, with 12,317 people nestled in the suburb located between Maroochydore and Mooloolaba.

That equates to an average of just over 2239 people per square kilometre.

Next year’s table could well see this suburb jumping higher on the ladder, with Stockland’s Oceanside development at Birtinya Beach and its surrounding precinct well under construction.

When looking at the northern, central and southern ends of the Sunshine Coast, the southern end around Caloundra has the highest estimated resident population (ERP), with 85,391 residents in the 113.4 square kilometre area that includes a total of eight suburbs.

Renowned Brisbane-based property analyst Michael Matusik says this model of gauging population should be the preferred method for local governments when it comes to planning for future growth.

“There is a limited amount of space along the coastline for development and you will start to see more in-fill and higher density properties replacing the older buildings into the future,” he says.

“While some people who bought their property three to five years ago might not have seen huge gains in the value of their property, the metrics for what is it worth is pretty good when you consider how close many Coast properties are to the beaches.

“Property owners might begin to start to look at ways in which they can develop dual living opportunities, with a granny flat out the back, or lifting their home and building a separate dwelling underneath.

“Property investors will be looking at land they can subdivide into a duplex, and  this is happening in places all around Queensland.”

Mr Matusik says this is all part of the necessity to move away from linear cities and towards creating hubs where a higher density of residents can easily access public facilities and jobs, negating the need to travel long distances.

“Now is the perfect time for people wanting to downsize, because selling in this market where demand for property is high will allow you to come out on top. You could sell a standard sized home and buy a smaller unit, apartment or townhouse for something like 20 per cent less than the money you will make from the sale of your home, and you can keep that in your pocket,” he says.

“Now’s a good time for all sellers to sell. If you were looking to buy, ideally you would have bought a couple of years ago, but it is likely that the market might enjoy a five to 10 per cent list in value over the next couple of years.

“There will not be a major correction (to property undersupply) for a couple of years’ time, so I would hurry up if you are looking to buy.”

The 10 most densely-populated areas on the Sunshine Coast