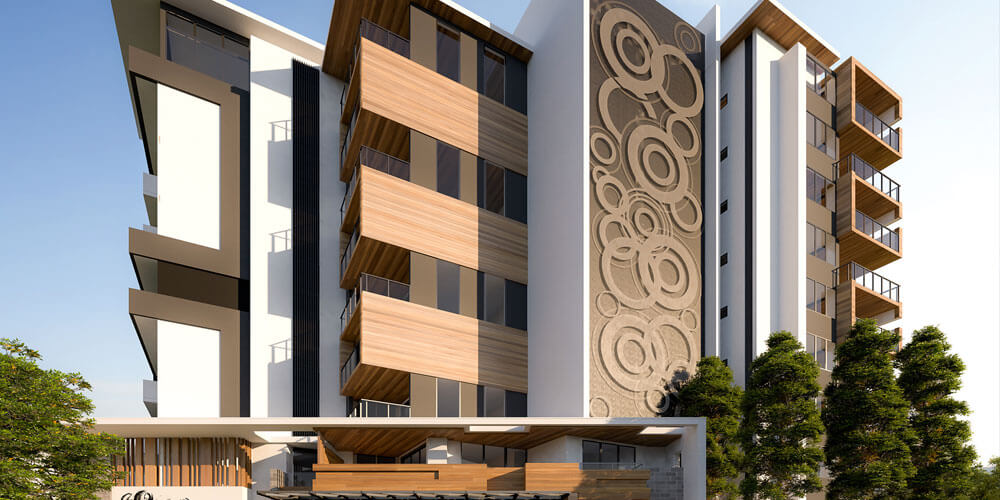 RGD Group is known for development in Kawana Island, Birtinya and Oceanside, but it will soon be associated with one of the most luxurious apartment complexes in the Maroochydore CBD – The Rhythm on Beach.

RGD founder and director Ron Grabbe says the group had been looking for an opportunity in the existing CBD footprint and “by good fortune” it was able to secure the $40 million project on Beach Road as both developer and builder.

“Although we’ve been operating for over 35 years, this is our first major multi-level residential project in the Maroochydore CBD,” Mr Grabbe says.

“We know other developers were floating around looking also. Being a local we’ve got the runs on the board in the Kawana area and it’s very important to us that it’s all Sunshine Coast work for our workers, and we just see that as another avenue for our company on the development and construction arm to expand into.”

Mr Grabbe says the company is still very active in the Kawana area and is renowned for its developments including The Edge corporate office headquarters, Kawana Private Hospital and 240 recently completed apartments at the new Oceanside precinct. Its latest Kawana project, The Hedge, is just starting to come out of the ground.

RGD has begun early works for The Rhythm on Beach, which will offer 72 large, contemporary and stylishly appointed two- and three-bedroom apartments with either ocean, Maroochy River, city or hinterland views over nine floors.

There will be a ground floor cafe and bar, underground parking, two lifts plus a revitalisation zone with two pools. Major construction is due to begin this month, with the project scheduled for a late 2019 completion.

“We are adopting in-vogue, timber, dark textures and vinyl planks through the living areas. We are trying to make it different to what we see around Kawana, with a strong focus on seaside living as well as maintaining that coastal lifestyle,” he says.

With the completion of the Aquarius apartments in June, the team has already moved onto the Rhythm project.

Investor Property, part of the Reign Group of companies, is managing the project’s sales campaign with 70 per cent of units already purchased off the plan, many by Brisbane and interstate investors.

Mr Grabbe says RGD Group is highly optimistic about the economic future of the Sunshine Coast, the fastest growing regional centre in the nation.

“The Sunshine Coast has a $16 billion economy, which is forecast to double to $33 billion by 2033,” he says. “Underpinning this growth is more than $10 billion worth of infrastructure projects, with Maroochydore pivotal to many of these projects.

“There are so many opportunities for investors and owner occupiers to get a slice of this unique locality. It’s something you couldn’t even script.”

“The Sunshine Coast Council has done a great job with design works for the CBD and all areas are linking very closely with it. There are pretty exciting times ahead for everyone.”

When asked about the secret behind the longevity of the RGD Group, Mr Grabbe says he and his team were able to soldier on through the GFC while others fell, largely due to forward planning.

“What really helped us was we concentrated on waterfront opportunities and worked closely with Stockland in securing waterfront land, and luckily we had enough in place to present to the market,” he says,

Mr Grabbe says since the GFC, the number of RGD employees has tripled.

“We still run a pretty tight ship, but we have been on the Coast a long time and we are very proud of the legacy we will leave behind,” he says.