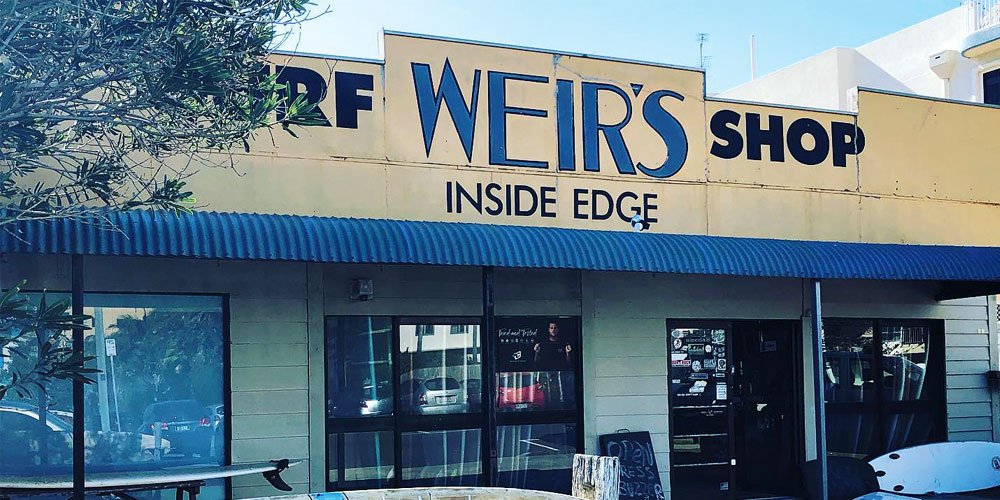 It’s an iconic parcel of land that has held the hearts of the Weir family for five generations.

After more than 70 years owned by his family, the Cotton Tree site where Brian Weir grew up is on the market.

Currently the home of Weir’s Inside Edge Surf Shop, 14 Memorial Avenue has served several purposes over the years, from a service station and garage to engineering workshop and surf shop.

“My grandfather Peter bought the site in 1948 as a service station to service cars for his sons,” Mr Weir says. “That carried through to the ’90s when my father was going to retire.

“At that time I had a surf shop in Maroochydore since the ’80s so I shut up and took over.”

Mr Weir says he has many fond memories of growing up with his three siblings on the block of land.

His father Norman, or ‘Norm’ as he was affectionately known, was one of the first surfers in Maroochydore and the “unofficial” lifeguard of the ’50s and ’60s.

“I have a lot of memories of my parents growing up here.

Mr Weir says the decision to sell was a “bit hard” but the right one for the family. “It’s sad in a lot of ways but it’s a nice feeling to know we will be missed.”

Mr Weir says he now plans to spend most of his time doing what he loves, surfing.

Colliers International is managing the sale of the property and agent Baydn Dodds says the site is a rare development opportunity that has generated much interest since it hit the market.

“We have had strong levels of enquiry since presenting the property to the market a week ago, which isn’t surprising considering the quality of the asset,” Mr Dodds says.

“At this stage the local interest has outweighed interest from interstate buyers due to their familiarity with the site, however, we’ve had increased interest from Brisbane, Sydney and Melbourne developers in recent times.”

Mr Dodds says the “highly sought-after” site sits on the edge of Cotton Tree village and is a short walk to the beach and river, close to boutique cafes and shops and a five-minute drive to Sunshine Plaza.

“The property is zoned high density residential with a 12-metre height limit, allowing the potential for a mixed-use residential development up to four storeys on the 1012-square metre site.

“Aside from the premium location, the market has reacted favourably to the boutique scale of any development, aware that buyers are attracted to low-maintenance apartment living in smaller complexes and will pay a premium for the privilege.

“Developers look for sites where they can deliver product sought after by the market and 14 Memorial ticks the box on all fronts,” Mr Dodds adds.

Expressions of interest on the property will close on August 6.