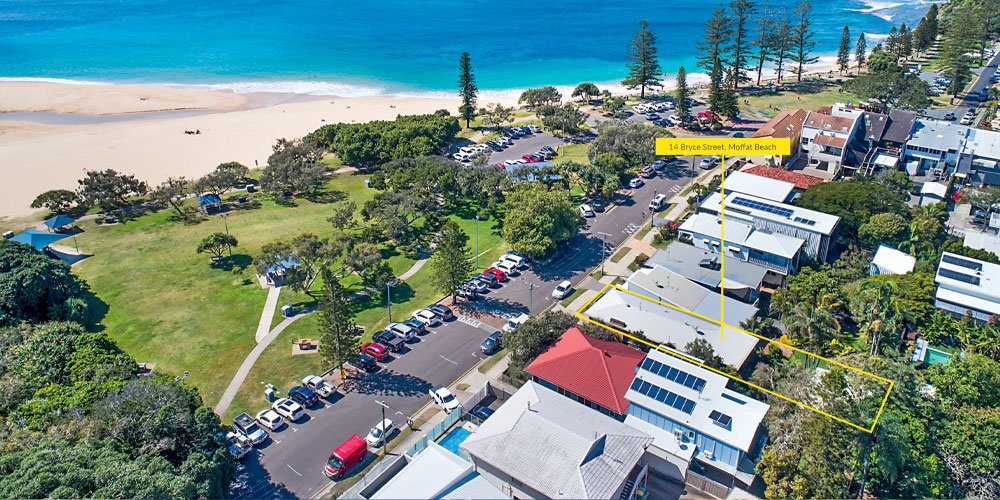 Ray White Caloundra principal Andrew Garland’s formula for residential selling in this growing market isn’t a secret, but it is one he is quietly getting on with successfully.

Close to 90 per cent of his sales are finding success through in-room auctions, which he has been running since 2007.

“We are the only people regularly doing them on the Sunshine Coast, as far as I am aware,” Mr Garland says.

He finds the buyers attending these auctions are genuine and there to bid, not just to look. They tend to be focused on the selling process in the controlled environment and not distracted by what is happening around the home, the weather or neighborhood noises.

Capturing these buyers takes more than an engaging agent and online advertising. It needs the added power of print advertising.  This combination makes for a powerful campaign, otherwise your promotion is limited with subtle barriers. For instance, using online presentation only, buyers are not tempted to look further afield.

“You are then only finding buyers who are casting their eye over say, Moffat Beach, whereas with print media, it isn’t geographically limited,” Mr Garland says.

He argues the addition of print media to online provides a much broader reach.

“You can put people into real estate mode when they aren’t really in that mode,” Mr Garland also says about the add-on value of print marketing. “If you’re not in that mode you are probably not looking online every day.

“When we commit to a print and online advertising program, it creates more buyer competition than online campaigns alone. At the end of the day, it’s all about multiple buyers competing for the property, this is what drives the price up.”

He also says, “We experience these sorts of results for properties of all price ranges when we use print and online combined, whether it be $700,000 or $1,400,000. Print and online brings the crowds and that’s what generates the competition.”An emotional connection can easily happen when people pick up a publication with big colour photos.

Unexpectedly, an attractive property, interesting layout, pleasant pool or an attractive kitchen can enthuse a passive buyer to head out to attend the property’s inspection. It is certainly easier than peering at a small photo in an online listing.

Keith Muller found his “beautiful” Buderim home in just this way. Mr Muller and his wife had been semi-looking for a new home with the plan to move some time in the new year.

“We have looked through (My Weekly Preview) every week for years,” Mr Muller says. “It keeps you in touch with values and what is available out there.

“A couple of my Caloundra friends do the same thing, going through My Weekly Preview every week.”

Previously, when Mr Muller has found interesting properties in My Weekly Preview, he has gone online to look at all the available photos. But when he saw one particular Buderim property advertised in a July edition of the magazine, he knew immediately he had to view it.

“We have family up there so we thought Saturday morning we would go up there and have a coffee with them, and while we’re up there we’ll duck around and have a look at this place,” Mr Muller recounts.

“Six days later I bought it.”

Mr Muller then had his Moffat Beach home to sell. It went to auction with Ray White Caloundra and sold for $2.275 million after 123 groups inspected the property and nine bidders tried to secure the beachfront home after a four-week online and print marketing campaign.

“Some saw it online and in the Courier Mail, but plenty saw it in My Weekly Preview,” a delighted Mr Muller says.

“I spent plenty of money on promotion, but it was well worth it.”

REIQ chief executive officer Antonia Mercorella says there is not a “one size fits all” marketing campaign.

“We know that we live in a digital world so searching for property online has become a very popular method of finding property and a convenient way, but I absolutely think there is still a need for print advertising,” she says.

“Having previously lived on the Sunshine Coast, that is how I came to find my property on the Coast while holidaying.”

“I don’t think print is dead by any means,” she adds. “I appreciate that the nature of the world we live in, that digital has become very popular, but ideally I think you would like to have a marketing campaign that is spread across a variety of channels to gain the maximum amount of attention.”

The beachfront property was originally expected to sell at around the mid to high $3-million mark. It attracted six bidders, with three willing to go the distance above the $4-million mark.

The seller, Dr John Adkins, spent about $18,000 on marketing, which included both print and online.

“The overall interest from the campaign was surprising and ultimately very rewarding,” Dr Adkins says. “I was impressed by the outcome.”

Provided there are people looking to sell, Mr Garland expects the market to continue accelerating.

Start here with your renovation planning
Crazy demand for property