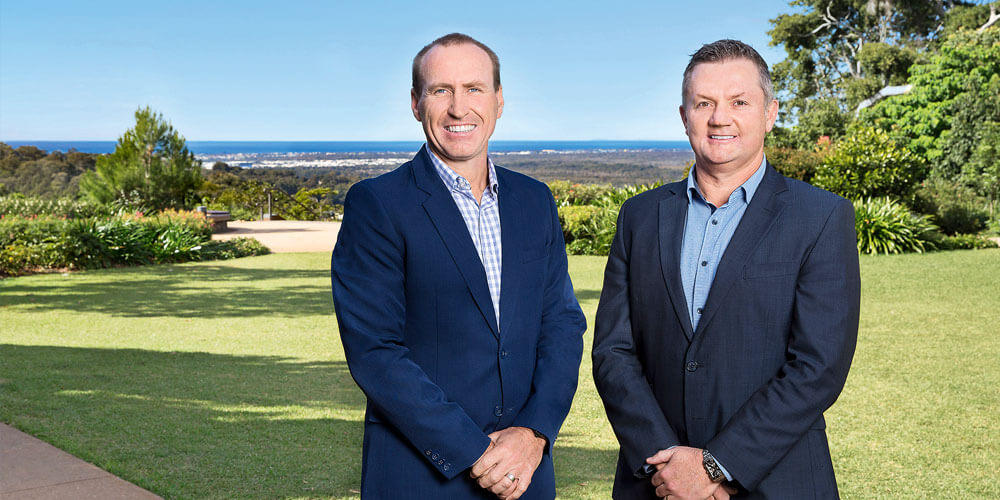 As My Property Preview celebrates its 10th anniversary, it is a good time to reflect on how the property market has evolved in the past decade.

McGrath founder and executive director John McGrath has labelled the region one of the best locations in Australia for property investment, with all the attributes of strong capital growth moving forward and McGrath Buderim principals Chris Pace and Damien Michael are celebrating his comments.

“John McGrath has been almost ‘uncanny’ in his predictions on the Australian real estate market for many decades, so we are very happy for John to acknowledge the Sunshine Coast as a national hot spot,” Mr Pace says.

It is showing the Sunshine Coast is really coming into its own, with a long history of being a paradise for retirees.

Mr Michael says there is no doubt the Coast buyer market has diversified in recent years.

“Over our past few cycles, retirees were the strongest group on the Sunshine Cost.

“We are now seeing many young families sell up in Sydney, Melbourne and move to the Sunshine Coast with change in their pocket,” he says.

“While the lifestyle has been recognised for many decades, it has been the job prospects that have let the Sunshine Coast down over the past few cycles. The job market on the Sunshine Coast is now a different proposition with all the infrastructure projects either in full swing or scheduled into the future. We have the hospital, Maroochydore CBD, airport, several major road and highway upgrades, Harmony estate, and the masterplanned Aura, just to name a few.

“These young families are really exciting as they bring new skills, energy and culture to the Sunshine Coast.”

Mr McGrath says the “enormous amount of infrastructure” has placed the Sunshine Coast on a whole new platform when it comes to attracting investors and new residents to the area.

“I’ve been saying for a few years that I think southeast Queensland – and in particular, the Sunshine Coast – is one of the areas in the whole southern hemisphere to be investing right now and I believe there is an incredible opportunity to see significant growth over the next few years,” Mr McGrath says.

“I think it has all the attributes of strong capital growth going forward and the lifestyle is, as the locals know, one of the best you will find on the planet Earth.”

Mr McGrath says with the Sydney and Melbourne markets having shown unprecedented growth over the past five or six years, it was highly likely investors and owner-occupiers in those areas would turn their attention to southeast Queensland.

“When people see what they can get in Sydney and Melbourne for say a million dollars versus the Sunshine Coast, there’s going to be people investing and in fact, moving up there. Equally, there is a terrific window of opportunity to capitalise on the growth that we’ve seen in the southern states.”

Mr McGrath says with technological advancements enabling residents to telecommute for work every day, a ‘sea change’ is now within reach for many workers.