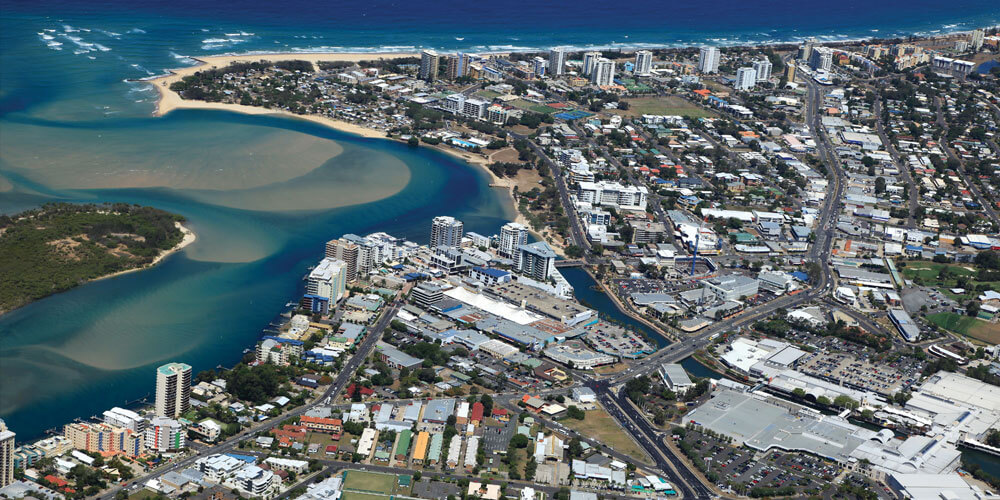 There has been a lot of talk about property prices of late, with a lot of focus on the Sydney and Melbourne markets, but a number of Sunshine Coast property identities have come together to highlight the reasons why the Coast market is a very different environment and why prices continue to remain strong.

Investor Property director Mal Cayley says one of the most important things to understand when looking at the property market is that it is very much a part of the wider economy and is subject to how the region as a whole is performing.

“It’s about where people live, where they work, where they play and how we are living as a whole and on the Sunshine Coast that is rapidly changing,” he says.

“From a macro-economic sense, the significant amount of infrastructure that is being created here isn’t like a lot of other areas that have a large project with a big number attached to it. This is because our infrastructure is not a mine or projects that create a large number of construction jobs; these Coast projects offer large longer-term job numbers that will be sustainable and that will have an exponential effect for our future.”

Mr Cayley says the airport expansion will add to the tourism “explosion” we saw in 2018 and this will in turn have a positive effect on business confidence and the drive to invest.

“When you look at cruise ships, for example, we had 14 of them this year and a lot of those passengers didn’t geographically know where the Sunshine Coast was before their trip. These people go back home and tell stories and this has a positive and powerful effect in many ways,” he says.

“We have seen a big rise in the number of restaurants, cafes and venues on the Coast and while there may be competition and it’s a little tough for some operators right now, overall they are collectively creating greater attraction for the region.

“People who are moving here are looking for all of those things as well as affordability.”

Mr Cayley says a lot of affordability statistics linked to the Sunshine Coast are “fundamentally incorrect.”

“There are a disproportionate number of self-employed people who are really good at minimising their income and a huge community with no income because they don’t need it, so while the region’s average income is $63,000, the disposable income per household is much higher here than other regions. People do have money to spend,” he says.

“We will start to see an increase in household incomes as employers grow their businesses and seek out higher qualified or better quality staff. This has been seen already with the massive jump in income in Birtinya with the opening of the Sunshine Coast University Hospital compared to what it was just three years ago.”

Harcourts Caloundra agent Luke Carter says the impressive momentum on home sales in early 2018 has been somewhat dampened by hype surrounding movement in the Sydney and Melbourne markets in some media outlets.

It is important to remember that while home prices have fallen 5.8 per cent in Melbourne since peaking in November last year, according to CoreLogic, home values in the Victorian capital increased by 74.7 per cent in the 10 years to October 2018. This really puts the recent price fall into perspective.

In contrast, according to the REIQ, the Sunshine Coast has been steadily on the improve since the 2011 trough and recently posted a 6.3 per cent growth on median house prices for the combined Sunshine Coast and Noosa council areas in the latest Queensland Market Monitor.

“The problem is that these headlines are based on the Sydney and Melbourne markets and not southeast Queensland, which is currently in a completely different part of the property cycle,” Mr Carter says.

“The other factor that slowed the momentum was the Banking Royal Commission and the tightening of credit. These factors have definitely spooked the market, but ultimately they will not last.  We are already seeing buyers slowly move back into buying mode as the opportunities are too irresistible.

“Many suburbs across the Sunshine Coast still have property available to purchase at 2008 price levels. This is unbelievable value. With low interest rates and strong rental demand, investors will come back to the market because investors know that money in the bank is going backwards when you factor inflation into the low interest rates.”

Mr Carter says with the downturn in the Sydney and Melbourne property markets and the Australian dollar trending down it is also likely there will be limited pressure for the RBA to raise interest rates “any time soon”.

“I think we will see an overall general confidence in the region in 2019 and this will not only flow through the housing market but also through local businesses as more and more people have confidence the region will experience a strong economy. And that is great for everyone,” he says.

When it comes to property development, RGD managing director Ron Grabbe says the region is still playing “catch up” due to a weakening of investment during the GFC, which widened the accommodation gap on the Coast.

Mr Grabbe says activity is heating up and with so many infrastructure hotspots, it is being evenly distributed across the region.

“I think it is more about the availability of desirable opportunities which are finally unfolding. Examples are the long-awaited developments such as Aura, Harmony, Oceanside Health Hub, Birtinya Town Centre, Bokarina Beach, Maroochy CBD, and the airport,” he says. “The Sunshine Coast is attracting so much investment at the moment due to the unprecedented level of infrastructure currently under construction, about to commence or in the pipeline.

“The new International Broadband Submarine Cable alone will potentially attract many businesses to relocate and take advantage of world-class broadband in a world-class location.”

Mr Grabbe predicts there will be a steady progression of construction activity throughout the Coast. New projects in the pipeline will also unfold ensuring constant, but not excessive, activity.

The delivery of the new airport is getting closer and the commencement of construction in the new Maroochy CBD and Bokarina Beach all add up to a positive, exciting and prosperous year.

Continue Reading
You may also like...
Related Topics: Development, Growth