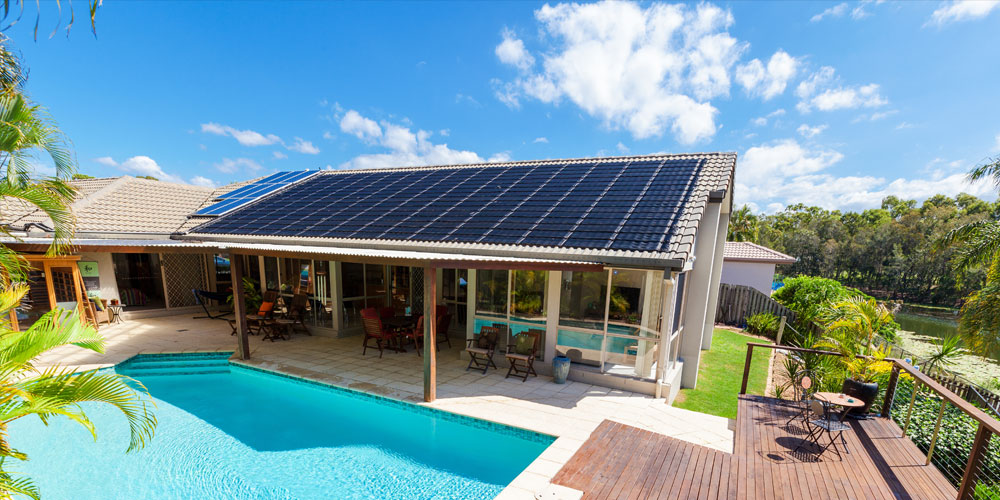 Storing solar-generated energy in home batteries is back on the climate action agenda as Australia addresses renewable energy and the imminent wide-spread introduction of electric vehicles.

Also worth noting is that in the future residential owners who make environmental improvements to their home may benefit from cheaper home loans. The National Australia Bank is currently championing a home sustainability rating tool known as Greenhouse. It’s early days yet, but it’s something that owners thinking about installing smart meters, solar power and batteries should watch out for.

In the meantime, simply saving on household costs is a good reason to consider installing a battery.

Currently between 4pm and 9pm the rate of power is higher, so when the family comes home from work or school and starts turning on home appliances, they are drawing on peak-time grid power. Imagine what will happen when you also plug in to charge your electric vehicle.

Without battery storage, unused solar power gets lost back into the grid. Wholesale Solar Installers owner Bret Davis says if there is a battery, the stored excess tops up the power.

“If you turn an appliance on and there is no solar as the sun’s down or it’s a cloudy day, it will look to the battery before it goes to the grid,” he says.

An increase in battery-stored power could also help the grid during summer storm blackouts. “For houses that are at the end of the grid such houses as in Maleny, Doonan and North Arm, which are not in town, they tend to get blackouts frequently through the year,” Mr Davis says.

The available crop of batteries is expensive, costing on average $10,000. Plus, there is the cost of installing an inverter or for existing solar panel systems, converting to a battery-ready hybrid converter. But with the 10-year replacement guarantee, the long-term investment in saving solar energy and contributing to a better environment is well worth considering.

“We are seeing a lot more manufacturers coming into the market and battery technology is getting better,” Mr Davis says.

For new house builds, the federal government offers a rebate on the installation of solar panels that covers about 40 per cent of the up-front costs,
Mr Davis advises. To find out how much battery storage you need, he suggests you read your meter before 4pm and then look at it again the following morning, recording the kilowatts used.

Continue Reading
You may also like...
Related Topics: solar