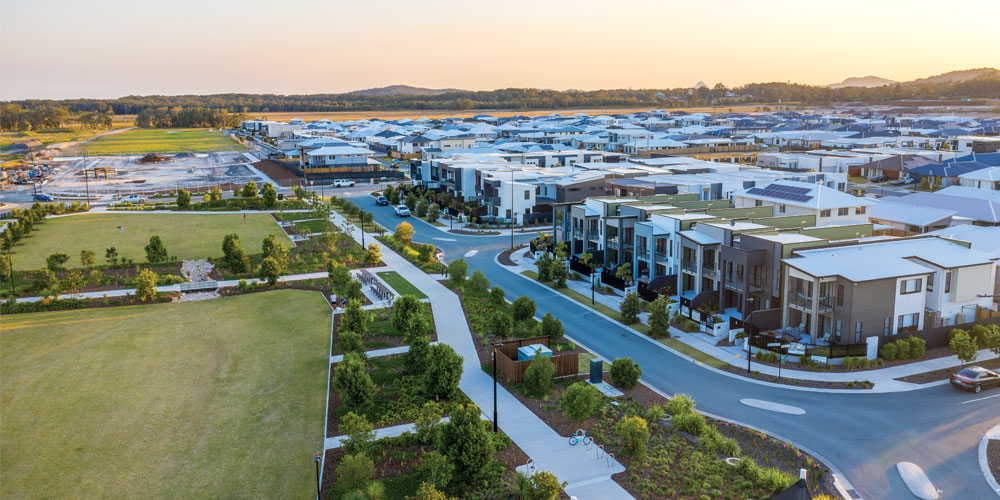 Housing affordability. It’s a topic that can lead to some rather healthy debate around the barbie or the dinner table.

Everyone’s got an opinion on what constitutes affordability, but one thing’s for certain – with record-low interest rates, every Australian is in a better position to become homeowners or first-time investors.

When cash in the bank is no longer viable and vacancy rates across the Sunshine Coast region remain tight, it is no wonder that the real estate market is remaining steady.

The Index takes into account the latest dwelling prices, mortgage interest rates and wage developments and found that Brisbane, our closest capital, was seven per cent more affordable. Perth took out the greatest improvement in affordability, with its index up 15.3 per cent, whereas Canberra languished on just a 1.4 per cent improvement.

“Australians are still a nation that aspires to own a home. Over 90 per cent of renters want to own their own home, partly due to the financial stability it provides in retirement,” Mr Reardon says.

“With little opportunity for interest rates to be reduced further, improvements in affordability will require the right economic conditions with a strong volume of new homes, low interest rates and supportive policy settings from state and federal governments.

“Up to 50 per cent of the cost of a house and land package can be red tape and taxes. Reducing the tax on homes and ensuring an adequate supply of homes is an ongoing challenge for governments.”

Michael Matusik of Matusik Property Insights, who has been providing housing market and residential project advice for about 30 years, says the ratio of mortgage debt to household income has jumped to a record high of more than 140 per cent according to the Reserve Bank.

“The RBA also says that total household debt to household income is now over 210 per cent,” he adds.

“However, such results on a decade- based time line would suggest that the average Australian with a 25-year standard variable P+I [principal and interest] mortgage has been paying, during the 2010s, in real terms, around 35 per cent of their household income in repayments,” he says.

This is compared to just seven per cent in the 1960s and according to Mr Matusik’s figures, it has been creeping up each decade.

But he is quick to point out that housing affordability has improved over the past 12 months.

“Declining or stagnate prices and lower interest rates will do that,” he says.

Closer to home, the Sunshine Coast continues to be an affordable property destination when compared with the nation’s capital cities.

In fact, there are still many pockets of affordable land across the region that are priced below $300,000, making them accessible to any demographic of homebuyer from the first-timers right through to the retirees.

AVID Property Group’s Harmony is one of the greenfield sites in the region that is providing a host of opportunities for people to secure their slice of Sunshine Coast living while getting the most for their money.

AVID Property Group general manager Bruce Harper says the region is quite diverse and as such, there is a need to provide a range of affordable housing options.

“The vast majority of land at Harmony is priced well below $300,000, with the average block of land around $250,000 and even less for smaller blocks. Only a few very large blocks exceed the $300,000 price. However, upward pressure on land prices will mean that in a couple of years this will likely not be the case,” he says.

Mr Harper says people are now looking beyond the white picket fence when it comes to buying a home and are seeking more affordable options with less maintenance attached.

In masterplanned communities like Harmony, residents can make the most of being in a well-connected community with easy access to services and recreation spaces, so they don’t have to build or purchase larger homes.

“Buyers nowadays live, entertain and play in a much different way than they have in earlier generations,” Mr Harper says.

“Large blocks of land with significant outdoor space require substantial time commitments to maintain and are much less compatible with today’s lifestyle – so housing needs to adapt to accommodate this. From what I have seen, the low-maintenance lifestyle trend on the Coast is relatively recent compared to other states.

“I expect we will see an emerging trend of a higher percentage of two-storey homes on these smaller lots, as people seek to maximise their land as much as possible.”

Mortgage payments as a percentage of household income per decade