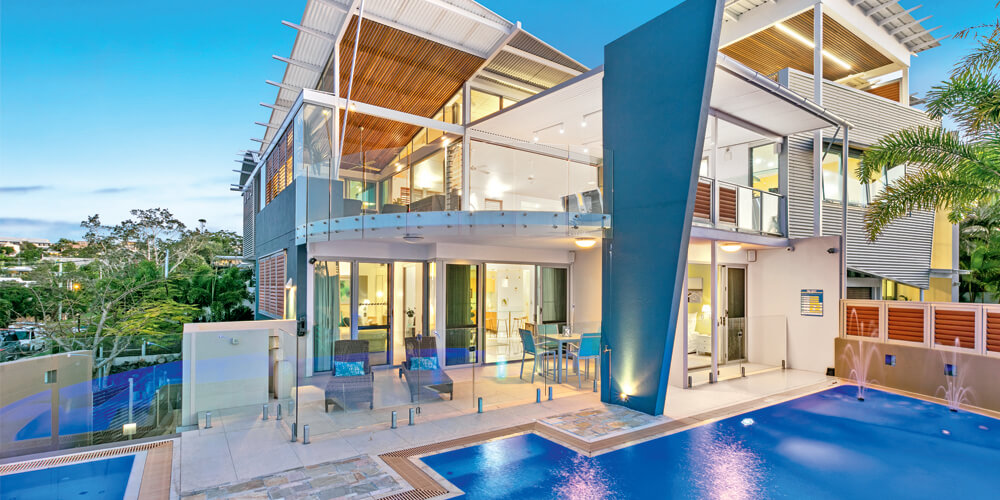 The auction of an iconic Alexandra Headland property owned by a prominent Sunshine Coast family drew a crowd of 150 spectators as it went under the hammer for $3 million on Saturday.

The Frank Raadschelder-designed home was the pride and joy of Peter Shadforth and his family, who spent 15 years transforming the “best block in the Golden Triangle”.

Next Property Group ran a four-week print campaign through My Property Preview and the home, which was co-listed with Amber Werchon Property, drew interest from both local and interstate buyers.

Next Property Group agent Richard Scrivener says the “huge campaign” attracted five registered bidders, with a phone bidder and a couple from Brisbane battling it out to be able to call 1 Kate Street home.

“They were bouncing back in $50,000 increments and it was clear that the (Brisbane) couple who bought it weren’t going to lose it. The others, who were local buyers, pushed as hard as they could though,” he says.

“The local buyers we have worked with for many years and they made an offer prior to the auction as well, but it wasn’t to be for them on the day.

“The $3 million sale price was above the reserve and the owners are very satisfied with that at the end of the day.”

Scrivener says the success of the Kate Street auction was complemented by another successful auction in Aroona by Next Property Group the same day.

“With the limited amount of property stock becoming available, taking properties to auction and running print campaigns are the way to go in the coming months,” he says.

“There is not enough property available to match the high level of interest. Nobody wants to leave and everybody wants to come. And at the end of the day, this is getting the best outcome for the vendors.”

Continue Reading
You may also like...
Related Topics: Auction