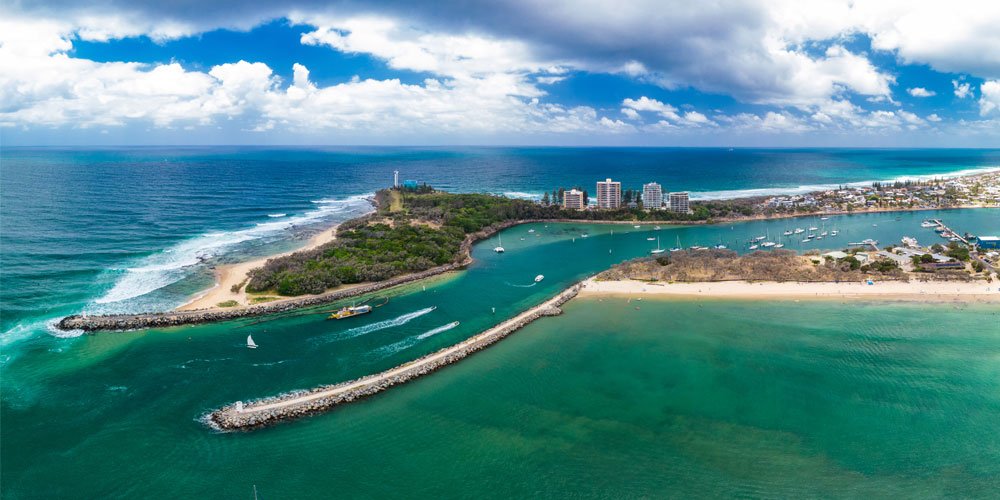 An influx of southern escapees, government incentives and strong social, health and education infrastructure are all contributing to the buoyancy of the Sunshine Coast residential market.

Industry veteran and Ray White Buderim director Brett Graham describes the state of play on the Coast as, “we have sort of gone through adolescence and turned into adulthood”.

The Coast now has its own property economy. The sleepy beachside tourism and retirement hollow of yesteryear has turned into a burgeoning regional city, which the Sunshine Coast Council estimates will reach a population over of 350,000 by next year with, importantly, a strong growth in 20- to 54-year-olds.

“The 27.3 per cent increase in the Sunshine Coast’s population over the last 10 years is officially the highest of any Australian location, capital city or regional location,” research company Propertyology’s Simon Pressley says.

“I think people are becoming quickly aware since coronavirus of an exodus from capital cities to regions, but it’s actually been occurring for several years,” he adds.

Others might say the property market is strong despite the pandemic, but Hotspotting’s managing director Terry Ryder believes it is because of it and that strong trend in the exodus of home buyers towards affordable lifestyles.

“It’s been gathering pace for a couple of years, but it’s really picked up as a result of the lockdown period,” Mr Ryder adds.

The Coast is being seen by buyers as a growth economy, offering a safe and healthy lifestyle and one which has work and affordable property ownership opportunities. Working remotely, in any location, is now also acceptable by many employees and businesses.

Look at Buderim, Mr Graham says. Once it was known as a haven for retirees while now – with access to the new hospital, more schools and the university – the demographics over the past five years has shifted towards younger owners.“It’s a once-in-a-generation type of circumstances,” Direct Collective chief operations officer Mal Cayley says.

“The Sunshine Coast was already on track and trending to be probably the economy at the forefront in Australia in three to five years with everything that has been invested here.”

On the street the word from the specialists is the supply of residential dwellings for sale is tight.

The Auction Group director Gordon Macdonald says, “in all circles it seems stock levels are down about 30 per cent” so therefore so are auction sales. However, he is finding there are multiple people wanting to buy through auctions and private treaty and many of those properties are being presented with multiple offers.

Mr Cayley concurs that the market is moving towards an under-supply of dwellings of about 30 per cent. And properties that are hitting the market are often selling within just days.

Mr Graham shares a different perspective. His Ray White offices haven’t noticed any significant change in their stock levels. What has changed, he says, is the volume of sales between last year and this year – there is more now.

He is calling this market “faster”.

“It appears there isn’t a lot of listings around, but that’s because they are selling,” Mr Graham says. “The volume of sales coming onto the market is no different to what they were this time last year.”

What’s driving this faster market? Well, the residential buyers are hungry and there is plenty of them across the ages.

The banks are supportive of residential lending and the millennials are relocating to regional areas, according to Regional Australia Institute’s July report on this restless cohort. The Coast ranks third on the list of preferred destinations.

“There’s plenty of buyers,” Mr Graham says. “It’s almost like people are bringing forward their buying and moving decisions. What they thought they might do next year they are doing it this year. Everyone has had time to reassess their lifestyles and time in life.”

There is consensus that federal and state incentives for homebuyers are encouraging people to buy property who might otherwise be renters.

“We are seeing a few tenants break or not renew their leases because they have the ability to buy as it’s cheaper to buy than rent,” Mr Graham says.

Mr Graham has also seen an uptick in sight-unseen sales.“About six per cent of our sales in the past two months have been bought sight unseen from people in Victoria and New South Wales – all owner-occupiers,” he says.

Its arguable if this is a good time to sell, when most often buyers tend to make a dwelling change in the same market.

The difference for sellers now is there are plenty of buyers.

Mr Macdonald unashamedly argues an auction is the best way to sell.

“We are registering four or five bidders at most of our auctions at the moment and there is competitive bidding,” he says. “If a vendor is interested in capitalising on there being 30 per cent less stock and a massive demand, why wouldn’t you allow people to compete for your home as opposed to selling it to the first person who arrives and is in a cashed-up position.”

Online enquiries from investors and owner-occupier have been bounding along, but on the ground the specialists still believe that print advertising is a recognised valuable medium for buyers looking for listings and for agents who sell into preferred areas.

“You should be going to print, going on online, having an open home program and signage; 100 per cent,” Mr Graham says.

For sellers it comes down to broader exposure to the market and a higher chance of securing the best available offer rather than selling off-market, potentially to the first or second person who indicates a willingness to buy.

While the interstate conversation is around both record low mortgage and interest rates driving investors towards looking for returns through property investment, Mr Graham has seen a decline in investor buying. For the period June to August, in 2017 33 per cent of sales were to investors. Ray White has seen that rate dip to 19.9 per cent in 2020.

“Investors aren’t buying because a lot of people are having a flight back to safety, reducing their own mortgages, let alone expanding debt,” Mr Graham says. He notes for next year though, “it’s going to be a different market, no doubt about that”.

Mr Cayley is expecting an uptick in interstate investors in the next 12 months, but for now he is seeing the current crop of investors appearing to be mostly locals that are recognising the opportunities.

The situation for tenants isn’t so rosy.

“Our vacancy rates are zero,” Mr Graham says. What comes onto the tight rental market is being snapped up quickly and, in some cases, prospective tenants will offer more than the advertised rate to secure the property.

“We have about 1000 properties on the Coast and we have gone through winter, which is traditionally very vacancy, and COVID with an effective zero vacancy rate,” Mr Cayley adds.

Rents are likely to rise as a result, Mr Ryder counsels. This could drive more people towards buying as it may be cheaper to own than rent a property.

“The fact is we are sitting in an economic bubble and as a whole we are doing better than a lot of other regions, even in Queensland,” Mr Cayley says.

The Coast is the number one pick for investors Mr Ryder says.

The move by the council away from a reliance on tourism to game-changing business and health infrastructure is, “creating jobs and economic activity and bringing new people to live on the Sunshine Coast,” he adds.

Residential prices are relatively stable at the moment with prices not running away for now, but Mr Cayley says, be aware that within the next 12 months the Coast will start “a protracted upswing cycle”.

The Coast is a “standout” for what it offers in lifestyle and long-term economic opportunities, property researcher Mr Ryder says. “It’s a compelling growth story,” he adds.