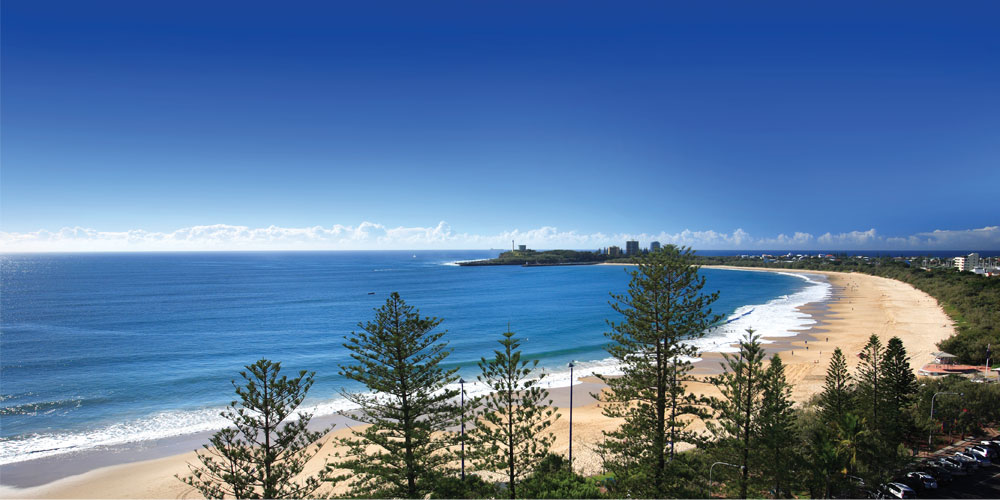 Our incredible coasline isn't the only drawcard for investors. Image: Greg Gardner

The founder of Hotspotting.com.au has described the Sunshine Coast as having “Australia’s most compelling growth story” when it comes to property.

Terry Ryder, who lives in Maleny, says the Sunshine Coast has appeared on “places to avoid, no-go zone” lists in the past and he was ecstatic to see the region has come into its own on so many levels.

So much so, that the region has taken out the number one spot in his top 10 best investment opportunities for the medium to long term.

Mr Ryder says a sea of high-vis jackets doesn’t just mean improved liveability for local residents, it also means more jobs, stronger economic growth, and booming populations. When you combine this with affordable prices, you have a winner and this is why the Sunshine Coast topped his latest list.

Given Mr Ryder’s focus on jobs and infrastructure, it’s perhaps unsurprising he sees the Sunshine Coast as the country’s “strongest property market”.

Having recently taken an in-depth look at the state of the region while compiling a major report for SunCentral, Mr Ryder says the Sunshine Coast has “quite a remarkable story that has inevitably positive outcomes for real estate”.

“The Coast has gone from being arguably a tourist town to being recognised by the Global Intelligent Community Forum as an international city of renown in the space of about three years. Of course, there were many events happening behind the scenes for a long time to bring that to fruition, but this image has only just been projected outwardly in the past two to three years,” he says.

“The new hospital precinct, the CBD, which is a unique event in itself as there is no other place where a greenfield site has allowed the creation of a new CBD from the ground up, and the airport expansion, future international broadband subsea cable and billions of dollars in highway upgrade projects has seen more than $20 billion of investment when you add it all up. That is not only remarkably high, but it means our infrastructure spending is way ahead of the capital cities of Hobart, Canberra and Darwin.”

Mr Ryder says economic diversity is drawing in more people looking for work and there have been great advances in median property prices, with many records being set on top-end properties and prices “unlike anything we have seen before” being achieved.

“A tourism economy is very fickle and fragile. Now to see the economy diversifying towards a sustainable model will mean we can expect sustainable growth in property prices. There is nowhere else in the country that these tremendous changes are happening,” he says.

“The region has always been quite linear, which lent itself to a tourism economy, but the infrastructure spending has attracted the attention of the nation. More businesses are moving here and renowned demographer Bernard Salt has called the Sunshine Coast the entrepreneurship capital of Australia, which is another acknowledgement of what the Coast has become.”

Mr Ryder says while property prices in the region may continue to rise, it will be in a sustainable manner.

“I don’t think we’re ever going to touch the heights of Sydney and Melbourne, they’ve got a big head start and we’re unlikely to catch them in my lifetime, but there is good future growth and a variety of price ranges here that will keep the property market flourishing,” he says.

Continue Reading
You may also like...
Related Topics: Terry Ryder

Rental agreements go hi-tech
The real cost of a home