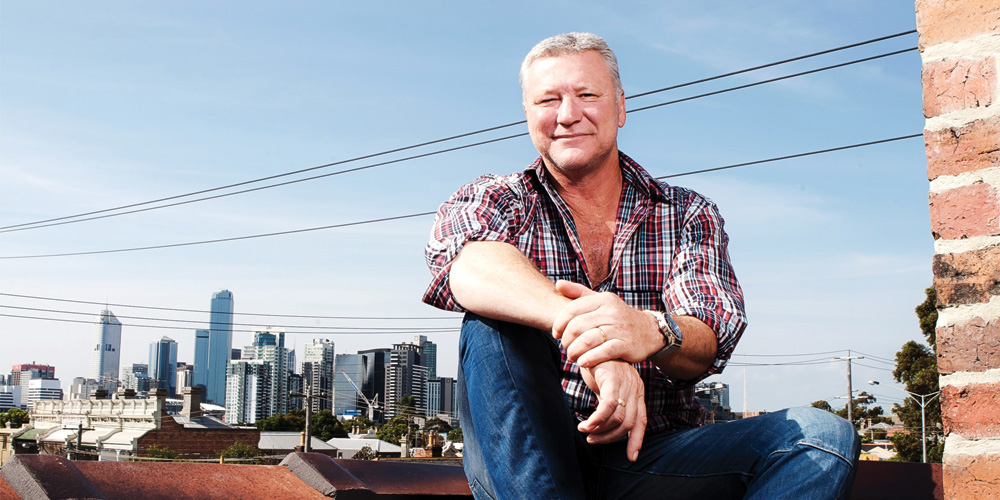 It’s been the Great Australian Dream for decades – to own a plot of dirt, a place to call our own.

As for what the ‘average’ Aussie desires for their home? It’s up for debate.

According to the 2013 Australian Bureau of Statistics’ Australian Social Trends report (the most recent figures), separate houses make up 74 per cent of private dwellings and the average home consists of three bedrooms.

Size and location aside, one thing is for sure – we’re a house-proud nation, and this pride shows no signs of slipping.

Australia’s leading research company, Roy Morgan Research, has revealed that 8.4 million of the country’s 13.6 million home owners did some kind on renovation in 2016.

Growth in the Sunshine Coast’s building industry echoes these results, with experts saying we are in the midst of a renovation revolution.

As property prices increase and land releases tighten, people are turning to the old-fashioned method to achieve their dream home.

Figures from Master Builders Queensland show the south-east corner of our state is a hive of activity, with $1.06 billion spent on alterations and additions in 2015.

To confirm we are in the throes of a renovation resurgence, My Weekly Preview turned to a man who knows plenty about the industry.

Known for his humble, Aussie persona, The Block host, Scotty Cam has built a solid career on screen.

The Channel Nine show averaged 2.104 million viewers across Australia’s capital cities when it aired the season finale in November.

It was the highest rating non-sport program for 2016, further proving our fascination with the industry.

When we speak, the Gold Logie winner, is true to form – down-to-earth. That Aussie twang, we all know and love, booms down the phone line.

Cam has been up since 4.30am. I’d like to say it’s because he is excited about our interview, or perhaps he’s been working, hammer in hand, renovations underway. Apparently not.

“I’ve just come back from fishing,’’ he says happily.

“I’ve got an old 1955 lobster trawler done up. I’ve been out there since five-ish.

“Straight out from Sydney harbour. My 20-year-old has been on a cruise with his girlfriend and the ship came in this morning… I cruised alongside him.

When the Sydneysider isn’t in front of the cameras, or spending time with his family, which includes wife Ann, son Charlie and twins Bill and Sarah, he is working on his own pet project.

Cam has been spending time in Mudgee where he knocked down an old shack on his property to make way for a new home.

It’s the ultimate DIY project, based on a “great bush block in central-west NSW. It’s just a few acres I got cheap about 14 years ago – bit of creek, some yabbies and a few big hills.’’

“I’ve been on it for a year or so and just ticking along with it,’’ Cam says.

“It’ll be ready shorty. I run cattle and Black Angus grass fed and I have a fair bit of land. It’s good.”

Cam’s story reads something like an Aussie bush tale. He started in the carpentry game 32 years ago, at the age of 18, with his brother. Just before he turned 30, Cam started his own business.

“When I was 37 this fella came up to me in the pub one arvo and says: ‘Do you want to do a screen test for a TV show we’re doing?’

“Initially I thought he was joking and said ‘No, I’m right thanks mate’. Anyway it turns out he was legit, I did the screen test and got the job. That was Backyard Blitz, in 1999.”

The rest is history and as the Australian public’s interest in home renovation programs grows, so too does Cam’s career.

“I think people want to improve their lot in life,’’ he says.

“We’ve been doing it since time began. My father did it 50 years ago.

“When you build a house you’ve got to get a builder in, when you do renovation you get to do it yourself. A lot of people are into DIY. The key to it, do it yourself.”

So, what are Cam’s top tips for renovators?

“People start renovations, and can’t finish it and run out of money. Take on small amounts at a time and what you can afford and achieve.

“Get to know your limitations; know what you can achieve to be of a good standard… always have a beer at the end of the day.

“The big thing about renovating, you’ve got to have a plan in place. Don’t change that plan. Every time you do a variation it costs you 10 thousand bucks.”

According to the Roy Morgan research, new homeowners are more likely to renovate or redecorate.

When Tanawha resident and interior stylist Danni Morrison and partner Matthew Murray purchased their property in September 2015, the renovation process began before they had even moved in.

“When I strolled down the long driveway and first laid eyes on this beautifully constructed, colonial style home, it literally took my breath away,’’ she says.

“While it wasn’t exactly what I dreamed of, I knew straight away it certainly would be.

“Thinking rationally, I looked for quality in the construction, fixtures and fittings, attention to detail, natural beauty, solid bones and this house had it all.”

In the past 18 months, the pair has painted the interior and exterior of the home, installed airconditioning, replaced all lighting and fans, gutted and replaced the kitchen, sanded and whitewashed the Tasmanian oak flooring, relocated the pool house, extended the garage, landscaped the gardens and renovated two bathrooms.

Morrison is hopeful the reno will be completed in the next couple of months.

“My partner and I would discuss what we wanted, any relevant logistics, trades required and basically action from there.’’

So what has she learnt?

“To never renovate ever again. Just kidding, I’d take on another project tomorrow.

“The past 18 months have been a huge learning curve for me because nothing ever goes to plan and you can depend on that.

“I’ve learnt to always add an extra 10 to 20 per cent to the budget for incidentals, because you can almost guarantee they’ll pop up.

“My advice for renovators – bring together a good, solid team of designers and trades that you genuinely like, respect and can rely on.

“As the Coast grows and new developments push further west, not everyone wants to live more than five to 10 minutes from our beautiful coastline.

“In conjunction with this, there’s increasing popularity of TV shows based on renovating, DIY and styling which offers consumers new confidence to battle renovations and DIY projects.