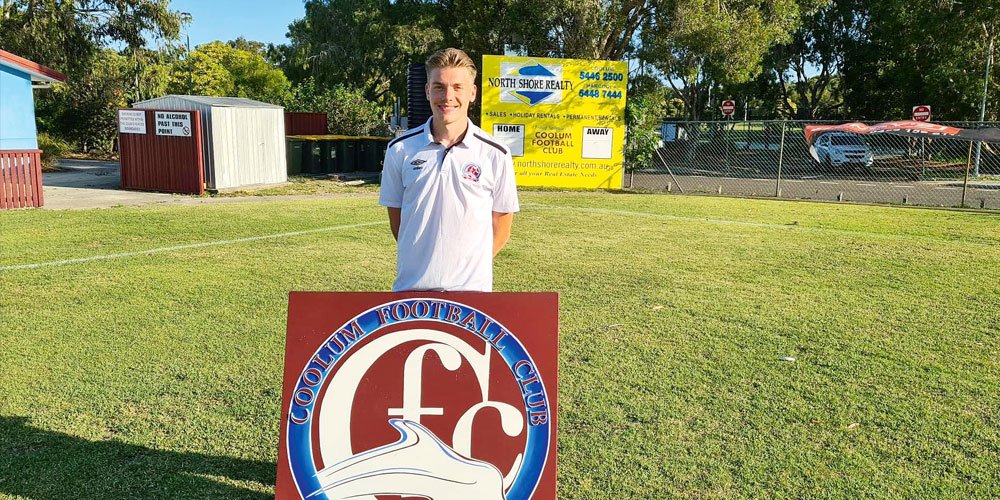 Young gun Zac Woolfield believes he has the experience required to bring Coolum Football Club back to its former glory, after being named as head coach for the first division team in 2021.

At just 20 years old Mr Woolfield is sure he holds the record for the youngest man in the job.

“I’m pretty confident to say I hold the record at 20 years old which is really exciting,” says Woolfield.

“It feels amazing to be given such an opportunity at such a big club, the facilities are outstanding so I’m confident I can turn it all around.”

His selection comes after a troubling year for the club, where they juggled the impacts of COVID-19 and ultimately cancelled the senior men’s season.

“COVID has been shocking for not only the world but coast football and Coolum in general, Coolum lost their entire senior team because of the pandemic so it was horrible to see that happen,” says Mr Woolfield.

Before joining the Coolum outfit, Mr Woolfield worked as part of the coaching staff for the Sunshine Coast Fire which he believes has prepared him for this role.

“Working with Gareth Thomson in this year’s Sunshine Coast Fire team has been a really good experience for myself to see the lows and highs of men’s football.”

“The plan for next year is just simply to give the club an identity, we’re going to go out an attack and be a handful for every team we face next year, I’ve got some really exciting guys coming in so I’m confident we’ll be up there next year.” Mr Woolfield says.

The 20-year-old coach isn’t shy on ideas to shake up the club, planning on bringing an A-league feel to the local outfit.

“I can change the club by bringing a little more structure than most Sunny Coast teams are used to, it’s very amateur so we are going to try and break that by integrating physiotherapy, injury prevention, sports science and more in-depth analysis and higher quality training sessions. There’s some really bright talent at Coolum so I’m confident we can turn them into great footballers.”

Mr Woolfield has plans to start pre-season in early January.