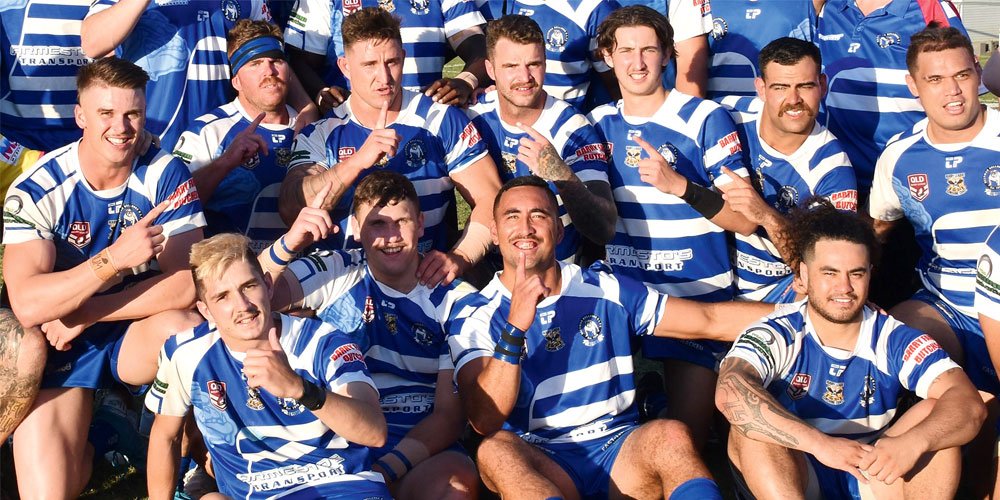 The feeling is almost bittersweet for coach Jordan Meads and his team from Beerwah rugby league, as they earn their maiden premiership win in the Brisbane Division 1 competition after the Sunshine Coast division was permanently cancelled due to COVID-19.

It was the first trophy to be poised on the club’s dusty trophy cabinet since forming in 1971.

“To be honest, it probably hasn’t sunk in as much as it will over the next couple of weeks, but it’s a massive achievement and massive thing for us,” says Mr Meads.

“We’re over the moon and I know the club are.

“I’ve seen so many tears in the last couple of days and it just makes it all worthwhile.”

He says the Bulldogs have plenty of support down south and celebrated the victory in style back at the club that night.

“We got back and there were hundreds of people waiting for us at the club, so you could see how much it meant for the community, and the boys were just over the moon.”

Their success followed a rollercoaster year, with Rugby League Sunshine Coast pulling the pin on getting an A-grade season off the ground due to COVID-19.

However, not giving up, the Bulldogs explored their options and were eventually granted a spot in the Brisbane Division 1 league in late July.

Now with silverware honours to their name, Mr Meads says he’s eager to see the Bulldogs push on and achieve the feat in home territory.

“Everyone knows that the first one (premiership) is the hardest,” he says.

“We’re under no illusions that we will be the hunted next year, which is perfectly fine for us.

“But, we will enjoy this moment and spend a couple of weeks enjoying it with the community and then we will focus on 2021.

“By all means, the job is not done and we will be ready to roll come March next year.”

The Bulldogs have featured in three Coast grand finals, their latest attempt involving a heartbreaking loss against Maroochydore in 2018.