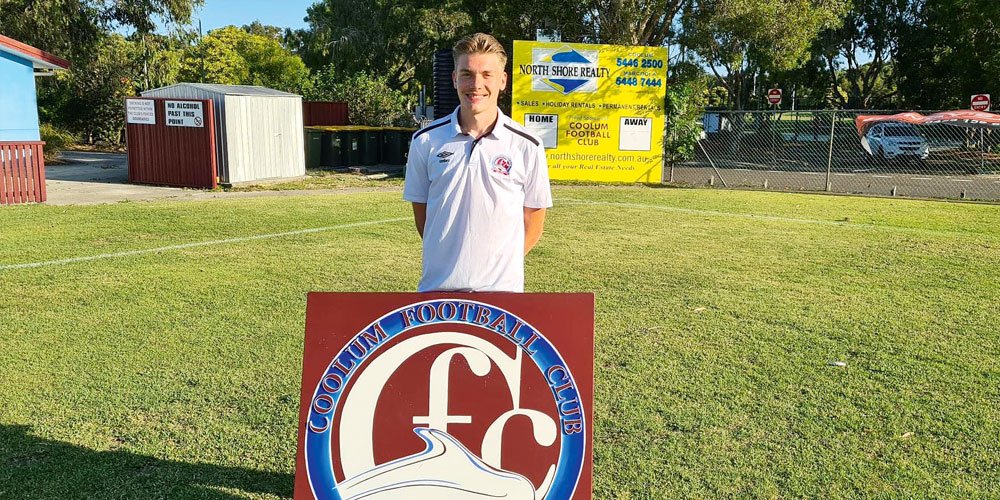 Coolum Dolphins coach Zac Woolfield has set some courageous goals for the year ahead as he laps up the early highs and lows of a historic step into senior coaching.

The 20-year-old was announced as the Dolphins new men’s coach in November last year.

He is the youngest in the history of Coast football to take on the senior men’s coaching role.

His appointment comes after a tough year for the club in which they were forced to pull the pin on the season due to COVID-19 impacts.

Woolfield got his maiden pre-season as Dolphins leader underway last month and has been quick to embrace high hopes for the team.

“It’s definitely a bit of a learning curve and I’ve learned a lot in the limited amount of weeks that I’ve been there.

“But I’m just super happy with the recruitment we’ve had, that helps obviously and all the lads are brilliant.”

He says early pre-season preparations are coming along nicely.

“They’re honestly a great bunch of lads and training has been very intense and at a high quality,” he says.

“I’ve got no problems at all with the players’ mentalities and all that, everything is looking like it’s going to come together very well.”

Coolum has had a bumpy competitive start after losing their opening pre-season trial 6-1 against reigning premiers Noosa and being knocked out of the FFA Cup at the weekend in a tough 2-1 loss to Caloundra.

However, Woolfield wasn’t too concerned.

“We’re learning something from every game and every week,” he says.

“It takes a little bit of time for everything to gel sometimes.

“I’m not worried at all and still confident that we will have a very good year.”

He says there’s still plenty to fine tune ahead of the season and has plans for two more pre-season games.

“The biggest thing to work on is just our intensity,” he says.

“It’s just about getting everyone on the same page.”

“They’re top quality QPL players that are probably a little too good for this league so it’s amazing that we’ve been able to bring them in,” he says.

Woolfield is hopeful Coolum wouldn’t just return from a tough year but make an impact too.

“I think a top four finish is minimum for us this year,” he says.

“With the players we’ve got I’m super confident that we can get that done if everything goes right.”