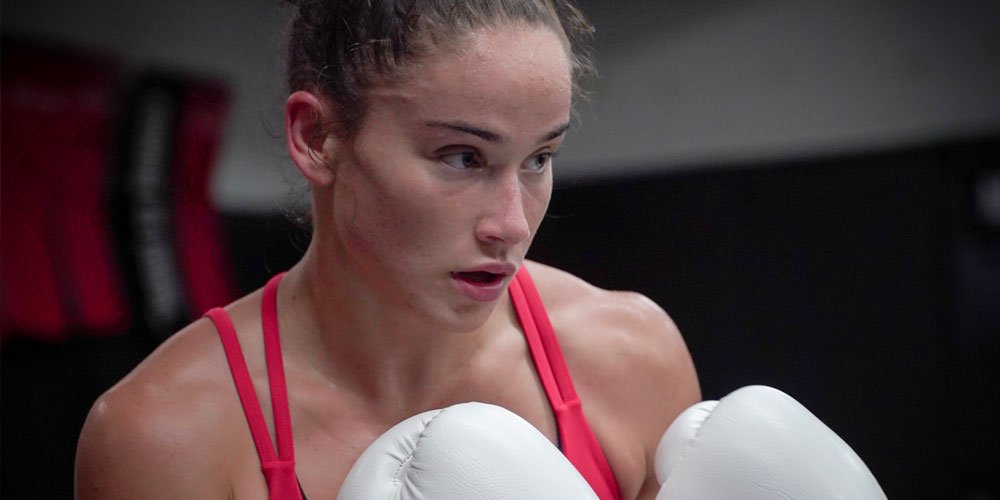 Australian fighter Chelsea Hackett knows a win in the upcoming Contender Series in Las Vegas won’t be enough to secure a UFC contract – she has to turn head honcho Dana White’s head.

The 22-year-old will take on American Victoria Leonardo (7-2-0) in the flyweight division for a shot at the big time, with Mr White handing out contracts at his discretion through the series.

With a 3-0-1 record, Ms Hackett, from the Gold Coast, says she needed to impress White in Tuesday’s fight (early Wednesday AEDT).

“It literally comes down to who he wants to give a contract to,” she told AAP.

“Just winning isn’t going to do it for him and that’s what I’ve noticed that watching the last Contenders – you have to make a statement.

“He wants a finish or he wants you to absolutely dominate so there’s no question about him giving you a contract.

“But I’m fully ready for it and I want to put on a show.”

Ms Hackett started in taekwondo as an eight-year-old and then switched over to Muay Thai fighting, winning a world title.

Turning to MMA, she had her first fight in May last year and was already eyeing the UFC before COVID-19 hit.

Originally scheduled for July, the fight has been pushed back twice, while her opponent also changed.

‘Last year I was on such a roll with fights – I made my MMA debut at the start of last year and then the fights were rolling through,” she said.

“In March I had my fourth fight and going into that I knew about Contender and we were ready to back up straight away and then COVID hit 10 days after my fight.

Ms Hackett said drawcards like Rhonda Rousey, Holly Holm and Amanda Nunes had laid the platform for women to make a career in the sport.                    –AAP