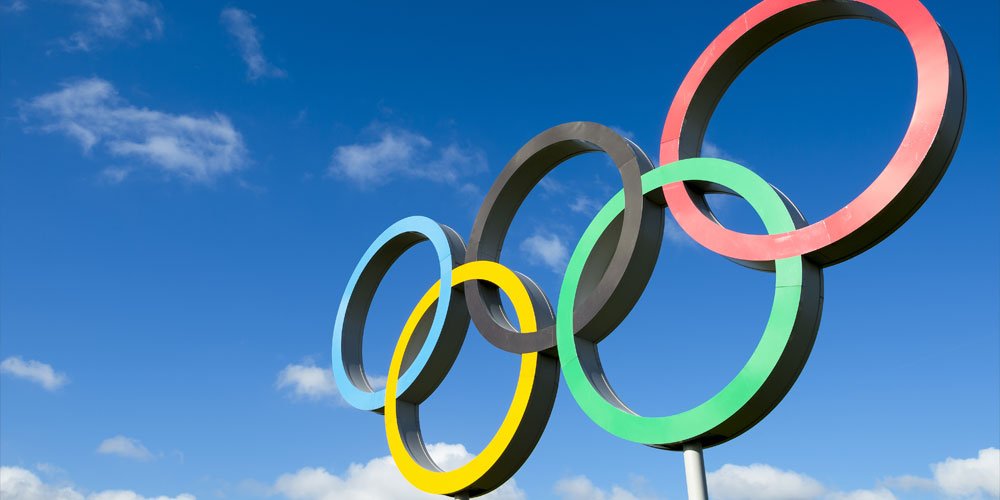 Professor Brendan Burkett gets shivers up his spine when he thinks about holding the Australian flag high above his head as he led the Australian Paralympic Team into the stadium at the 2000 Summer Paralympics Opening Ceremony. It was a moment he’ll never forget and with the recent announcement of Brisbane as the preferred candidate to host the 2032 Summer Olympic Games, he says the Sunshine Coast is set to reap huge rewards if we win the bid. 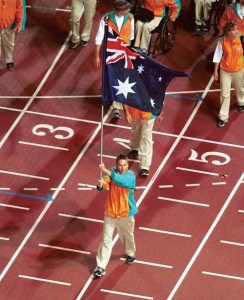 Professor Burkett is the director of high-performance sport at the University of the Sunshine Coast and head coach of the Australian Paralympic Swim Team, and represented Australia for 13 years as a swimmer. He was captain of the Australian Paralympic Team at the 1996 Atlanta Games and is a Paralympic champion, world champion and world record holder. A multiple medallist, he won a gold medal in the men’s 50-metre freestyle S9 event at Atlanta, for which he received a Medal of the Order of Australia.

“During the Sydney Olympics, the whole country was just jumping with excitement and patriotism,” he says. “It was called the best Games ever, and it just seemed to really pull the country together.

“It was a massive buzz to lead the team into the stadium in Sydney and something that made you feel really great to be Australian and I’m envisaging the same can happen for Brisbane in 2032.

“It was such a privilege to be selected to compete for my country, then to be lucky enough to lead my team in at the home games was top of the tree. I was captain of the team in Atlanta in ’96 and the same at the World Championships in ’98, but to do that in front of your home crowd on home soil, that’s a whole new level.

“There are so many athletes from so many countries I catch up with at world championships and 21 years later, they still say the Sydney Games was one of the highlights and you just go, geez, it’s good to be Australian.”

As a journalist living and working in Sydney in 2000, this writer has equally fond memories. For two weeks, from September 15 to October 1, there was an electrifying buzz in the air. The city was transformed, with giant outdoor screens, street parties, free events and thousands of international visitors, lanyards dangling around their necks, wandering the city streets with happy smiles, asking for directions and encountering friendly Sydneysiders only too happy to help.

There was an air of goodwill in shops, businesses, buses, trains and ferries. Friendly chatter between stranger was commonplace and workers filled the parks at lunchtime to watch the latest race or game on a big screen. Spontaneous cheers erupted across the city at all times of the day and night when someone’s favourite athlete or team won.

Brisbane, the Gold Coast and the Sunshine Coast look set to experience the same excitement and boost to both morale and the economy that Sydney enjoyed in 2000, with the International Olympic Committee’s February 25 announcement that Brisbane is the preferred candidate to host the 2032 Summer Olympic Games.

“I think it’s very exciting,” Prof Burkett says. “Looking back to the Commonwealth Games on the Gold Coast in 2018 and the Sydney Games in 2000, heaps of positivity came out of those, so I’m very excited.”

Sunshine Coast Council Mayor Mark Jamieson has played a leading role in advancing the 2032 Olympic and Paralympic Games candidature since the idea was first mooted by the Council of Mayors South East Queensland nearly six years ago.

Mayor Jamieson – who on April 30, 2015 with then-Brisbane Lord Mayor Graham Quirk were the first government representatives to meet with IOC president Thomas Bach to discuss the potential to host the games in southeast Queensland – says it has been a roller coaster ride to this point, but we are not over the line yet.

“As we now push our way through the economic recovery from the COVID-19 pandemic, the potential to host the 2032 Olympic and Paralympic Games can become a powerful tool in southeast Queensland’s economic resurgence and deliver an incredible boost to our tourism industry when it needs it the most – along with many other industries that will be important contributors to the Games’ supply chain,” Mr Jamieson says.

“Likewise, in order to get our candidature over the line, all tiers of government will need to be able to demonstrate we are infrastructure-ready to host an Olympic and Paralympic Games event.

But not everyone is happy about it. Katter’s Australian Party MPs Robbie Katter and Nick Dametto are concerned a Brisbane Olympics will mean regional Australia misses out on infrastructure investment, with Mr Dametto calling it “a party for Brisbane”. Greens MP Michael Berkman says the government should instead be investing in education, social housing and child safety.

Prof Burkett says the benefits will outweigh the cost.

“Countries have got a lot smarter in how to run a Games,” he says. “The stigma attached to it costing a lot of money and countries being in debt has changed. The success of the London Olympics in 2012 showed that. That whole precinct has turned into a thriving area. Heaps of good things can come out of the Olympics.

“It goes into bigger things than tourism. It’s building, construction, IT. A whole bunch of new connections will be established, whether it be at a sporting venue or a boardroom. A conversation can lead to a whole new industry.

“The key is it’s a tremendous opportunity and it can bring a lot of positivity to the region, to Queensland and to the country.”

Katter’s Australian Party and Greens MPs say the government’s priorities are all wrong after it announced that Brisbane had been installed as the preferred bidder for the Games by the International Olympic Committee.

Katter’s Australian Party MPs Robbie Katter and Nick Dametto say the bid will ensure regional infrastructure investment will lose out to the southeast for another 10 years. Mr Dametto says investing in the Olympics is irresponsible when the state debt would climb to $120 billion over the next four years. “We’re going to be in debt very soon and what are we going to do, we’re going to spend another billion dollars and have a party down here in Brisbane,” he says. “I’m sick to death of north Queensland and rural Queensland generating the income for Brisbane to have a party.”

Greens MP Michael Berkman says the government should be investing in education, social housing and child safety to help address issues such as youth crime.

“I guess I’ve got my concerns about us focusing our resources, our investment in something like the Olympics, a big spectacle, when a lot of Queensland are still doing it tough,” Mr Berkman says.

The opposition supports the Olympic bid, saying the focus should now be on getting infrastructure ready in the southeast. Liberal National Party sport spokesman Tim Mander says it is important that the benefits of the Olympics are spread across the state.

“Being a very decentralised state we have to make sure that everybody benefits from these Games,” he says.

The premier promises the regions won’t be left out, with some soccer matches already set for regional areas and various teams to train outside Brisbane.              – AAP

Which Olympic sports could we have on the Sunshine Coast?

“Obviously you could have the triathlon, sailing, maybe some equestrian sports. You could have basketball and indoor sports at the University of the Sunshine Coast Stadium, which is national broadcast quality. Ballinger Park has AstroTurf, so you could have hockey there. Mooloolaba has proven it can run a marathon. Surfing could be run anywhere on the Coast, BMX throughout the hinterland. But it’s a bit early to make those calls and you’d need to have discussions on what could and would go where in the southeast region.”