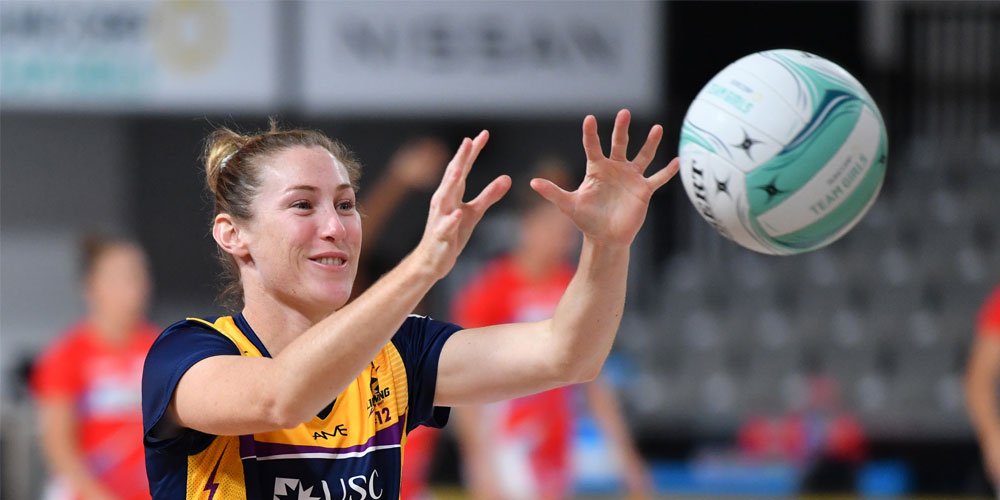 This season at the Sunshine Coast Lightning will be the last for veteran netballer Jacqui Russell as she announces her retirement from professional competition.

The versatile midcourter celebrated her 50th National League game in a tough battle against Melbourne Vixens in the last game of the regular season.

While finishing her career at the Lightning, Ms Russell also had stints at Queensland Firebirds (2010-11) and English Super League’s Yorkshire Jets (2012).

“I decided at the end of 2019 that this year would be my last and while I still cherish every time I step out on court, I feel now is the right time for me to move on,” Ms Russell says.

“I feel very lucky to have been a part of this club for as long as I have – it was a second chance for me to play netball at this level and I thank Kylee for her belief in me.

“It’s been a blessing and I’ve made friendships that will carry on long after the end of this season.”

Head coach Kylee Byrne says it’s hard to aptly describe the impact Ms Russell has around the club, but she will be greatly missed.

“Here at Lightning we will be forever grateful for having Jac in our team, especially in our formative years. Jac is the ultimate team person and has amazing leadership qualities that have the ability to unite the group,” Ms Byrne says.

“As a schoolteacher she has also been working tirelessly in the background establishing a new USC Netball Academy so that we have a pathway here for Lightning athletes.”

Ms Russell will continue to play out the season as a pivotal member of Lightning’s 2020 finals campaign.