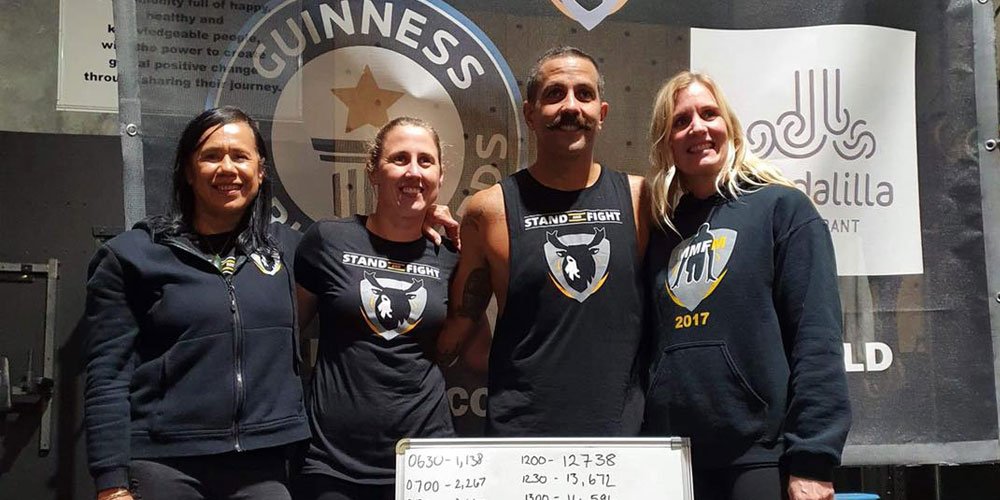 Kawana personal trainer and fitness instructor Jamie Milne has skipped his way into the record books with his marathon effort of the most double unders in 12 hours.

Mr Milne, the owner of Jamie Milne Training in Warana, broke the Guinness World Record last week. He smashed the previous number of 20 000 by 2 222 leaving the record standing at 22 222.

“They say it’s a world record for a reason so I thought I better make it hard for the next person who wants to have a go,”’ Mr Milne says.

The day wasn’t all smooth sailing for the coast business owner. Fatigue and pain setting in with two hours still remaining had him doubting his ability to finish the job.

“My achilles tendon was creaking and making noises like an old rusty door,” he says.

“I thought, is this the moment it’s going to snap?

“But I pushed through and trusted that my body would warn me if I was seriously going to injure myself.”

Jamie followed a strict regime of six-minute intervals with only a few seconds break in between in order to break the record so convincingly.

He says there was no way he could have done it without his incredibly supportive team cheering him on and helping him stay fed and hydrated throughout the day.

The world record attempt was a celebration of sobriety for the Sunshine Coast coach.

Jamie said the 12-hour effort didn’t slow him down, getting up the next day to complete an unrelated course.

He’s now planning to try and break more records. “I’m always lining something up,” he says.