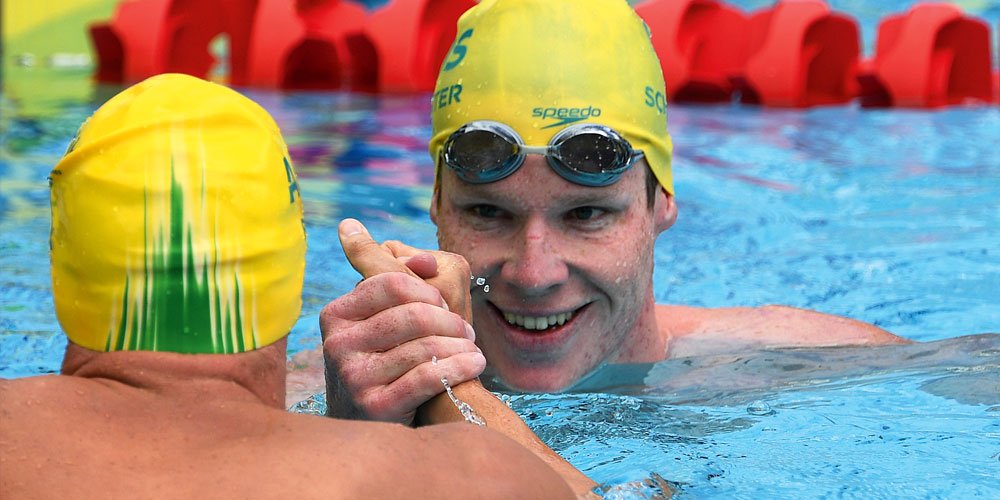 The 22-year-old is expected to be a serious contender at Australian selection trials and the Tokyo Paralympics, despite struggling last year. Sage says the S14 talent, who broke the 200m freestyle world record in 2019, battled without routine in 2020, when restrictions forced swimmers out of their comfort zone.

“It’s been a tough time for him, to try and get back into routine.”

Sage says Schluter, who has an intellectual disability, suffered especially when there were limits on pool access and the Games were postponed from 2020 to 2021.

“Liam was ready (early last year). He put a really good block of training in and was swimming very fast, doing stuff he’d never done before,” he says.

“He was very committed and really built himself up and then that disappointment was sort of hard to take and he lost his routine. It was like we went back a few years unfortunately.

“But he’s a swimmer, he just needs to swim.”

The national squad training camp on the Sunshine Coast in January proved to be a turning point.

“That helped him a lot,” Sage says.

“It’s sort of got him back where he wants to be.

“Once he did that camp, he seemed a lot more motivated and clearer about his shot at the Paralympics.”

Sage says Schluter still has “work to do” but he’s confident his charge can be a contender at national selection trials and at the Games. “That’s 100 per cent, as long as he stays injury free and healthy.” – Steele Taylor