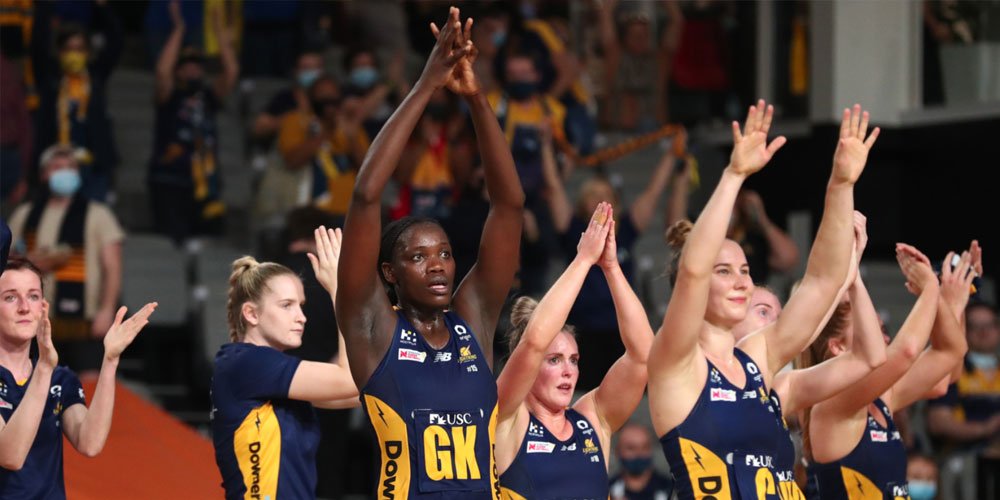 A tough performance from Cara Koenen was not enough to spark the Sunshine Coast Lightning in their 75-67 Super Netball minor semi-final loss to West Coast Fever at Brisbane’s Nissan Arena at the weekend.

The Fever had too many weapons when it mattered in the sudden-death final and will progress to next weekend’s preliminary final against the Giants.

Jhaniele Fowler’s 54 goals proved decisive, Verity Charles was a standout and goal attack Sasha Glasgow (six goals, 12 feeds) came off the bench to play a stunning second-half cameo for a side that seized all its opportunities.

Coach Kylee Byrne lamented the little lapses that cost her side the game but was proud of her side.

It was a complete performance from Koenen who could have done no more to inspire her teammates to victory.

Her footwork and precise shooting was impeccable and the toughness she showed with and without the ball was stirring on her way to 33 goals.

“I believe she’s gone to another level with that toughness that she’s displaying,” Byrne says of Koenen.

“She’s been building for so many years but she’s such a weapon out there. Oppositions really have to do their homework on her.”

Slick feeding from the Fever’s attackers threatened to splinter the Lightning defence in the first half.

Between Charles (50 feeds) and Alice Teague-Neeld, the Fever had a pair of schemers who knew each other’s games inside out and were confident enough to thread a pass from anywhere.

The duo engineered a nine-goal lead in the second half but could not douse the Lightning’s spirit.

Workaholic wing attack Laura Scherian had one of her strongest games in years, regularly perching herself at the top of the circle edge to find one of the Lightning’s in-form goalers.

The fightback was never more conspicuous than it was in the third quarter when Koenen’s extended fingertips poached two intercepts.

The added pressure forced the Fever into panic, with Koenen’s 10 third-term goals setting up a frantic finish.