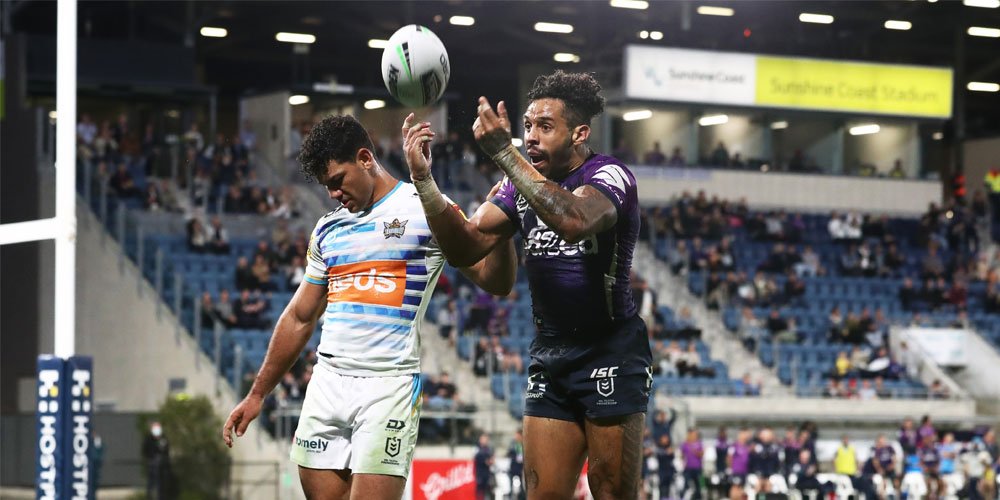 Melbourne Storm has strengthened its commitment to the Sunshine Coast during its current two-week stint in the region it now calls its “home away from home”.

Additionally, due to the COVID  lockdown, the Melbourne Storm will relocate its June 5 NRL clash with the Gold Coast Titans to Sunshine Coast Stadium.

Tickets for the Round 13 match are on sale now through ticketek.com.au. Ticket prices range from $20 to $85 and family packages are available.

The seating configuration will be designated seating in the Grandstand and Try Zones and picnic style seating on the grass mounds (picnic rugs or cushions, no chairs).

Sunshine Coast Council Mayor Mark Jamieson said council was delighted to be able to provide our Sunshine Coast Stadium to the Melbourne Storm again at such short notice.

“We certainly feel for the people of Victoria and hope the Storm can soon return to their family and friends,” Mayor Jamieson said.

New initiatives have also been announced that will build on the club’s existing partnerships on the Sunshine Coast in a commitment that will further embed its connection to the region.

The new initiatives include an extension of the partnership with Sunshine Coast Falcons as Storm’s feeder club to the end of the 2024 season; the establishment of the Tornados Academy to provide a new pathway for talented rugby league players into the Storm system; as well as commitment to return to the Sunshine Coast for the next three years for training, preparation or promotional opportunities.

The Sunshine Coast Stadium will open its gates at 1.15pm for the June 5 competition. For tickets go to: premier.ticketek.com.au