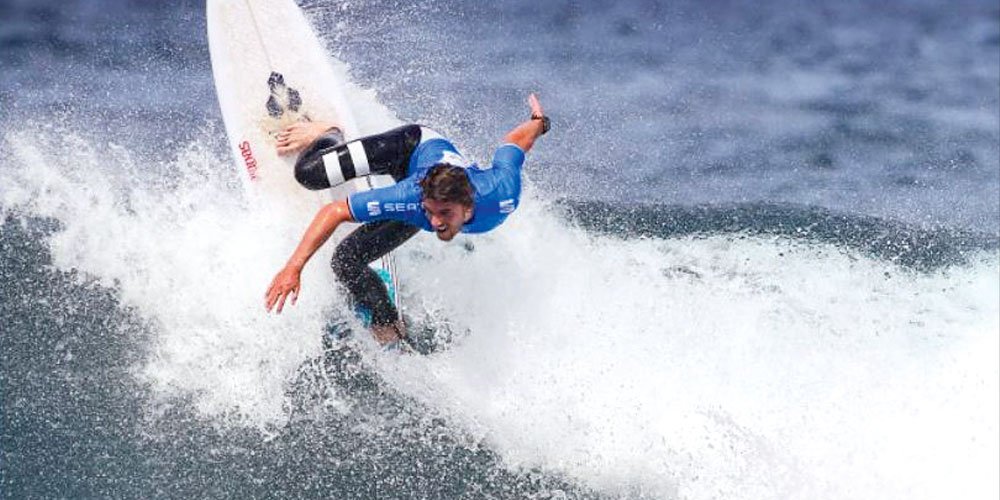 Reef Heazlewood shocked the surfing scene in his world tour debut two years ago and now he’s eager to “take down some more big names” in his return to the big stage.

The Moffat Beach talent has received an invitation to compete in the Rip Curl Narrabeen in New South Wales, after displaying good form in second-tier events this season.

“I’m stoked (to be invited). I’ve put in the hard work early in the year and it’s paid off and it’s really nice to have this opportunity at such a sick location,” he says.

The 21-year-old received entry into two events in 2019, when he caught the attention of surfing fans around the globe with his acrobatics and flamboyance.

Heazlewood charged through the heats on debut, eliminating Sunshine Coast star Julian Wilson en route to a ninth placing at the Quiksilver Pro at the Gold Coast. He also finished 13th at the Rip Curl Pro Bells Beach.

He’s determined to rattle the cage again, after being called up to replace injured star Kelly Slater.

“Hopefully, I can have another dream run and take down some names,” he says.

“I want to (beat them) and be at least one heat better than I was at the Gold Coast.

“But also, I just want to have fun. That’s the main thing. I want to put on a good show for everyone and provide some good entertainment.”

The goofy footer believes the surf at Narrabeen should provide him with opportunities.

“It’s a pretty good left (hander) and when it’s on there are some good barrels and turn sections, and good airs too.”

World tour organisers offered him an invitation, after noticing his great form during summer.

He claimed four top-five finishes from five events on the second tier qualifying series, including victory at the Great Lakes Pro near Forster.

“I feel like I’ve got my surfing pretty much there, but it’s about making smart decisions in heats under pressure.

“I went big when I needed to in the QS events.”