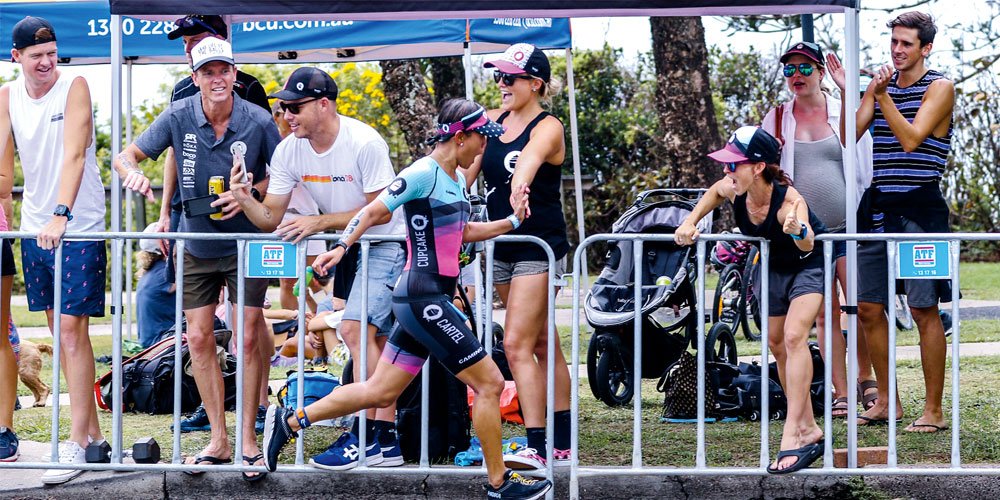 Professional triathletes and local couple Alise Selsmark and Callum Millward are thinking outside the box when it comes to creating community within their chosen sport.

Cupcakes and exercise are words not often used in the same sentence, but The Cupcake Cartel is adding some sweetness to the strenuous struggles of a triathlete.

The Cupcake Cartel is a global triathlon team building a network of athletes to lift each other up and share knowledge.

Peregian Springs resident Mr Millward had the idea for the group on the back of his popular YouTube channel Cupcakes with Cal, which showcased humorous interviews with his peers on the trials and tribulations of their athletic careers, managing to acquire tens of thousands of views.

The father of a 10-month-old child, Mr Millward wanted to create something that would keep him busy as he transitioned out of professional sport.

“I had one of those life’s priorities shifts,” says the former triathlete.

“I was kind of looking forward to having a proper job and proper money.”

Becoming a member of the triathlon support group, which has more than doubled in size in the past two years, is by application only.

The only criteria is to have a sense of humour and be prepared to support the other people in the group.

“Let’s face it, endurance athletes and cyclists can be a bit highly strung,” Mr  Millward says.

“We tried to create something that is a bit more fun.

“We don’t promote anything except support and inclusiveness.”

Applications for The Cupcake Cartel open on October 1 and close on October 15. Follow them on Instagram @the.cupcake.cartel.