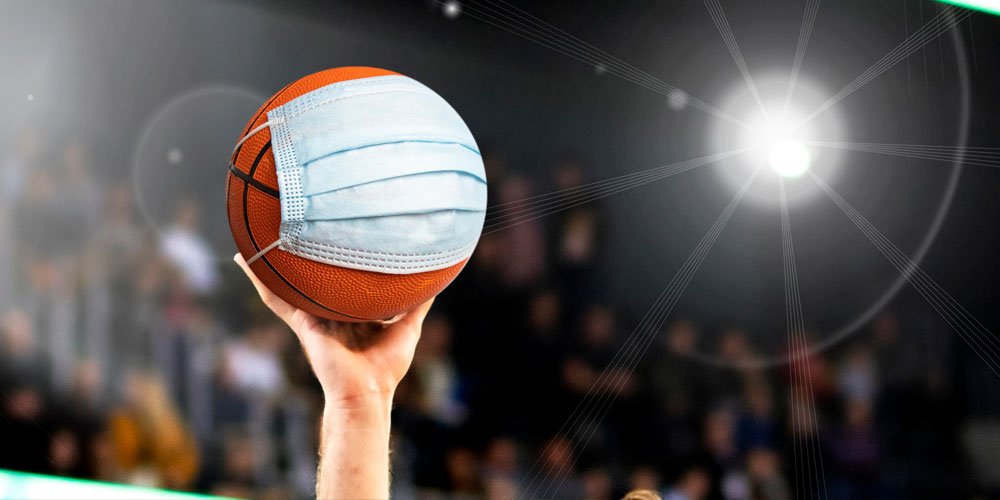 Are we still adhering to the values that underpin our notion of sport? Do we still agree the fundamentals of sport teach us to appreciate and understand the importance of core life values: fairness, equality, inclusion and respect? Does this apply to all levels of sports?

Due to effects of COVID, we are navigating our lives from new, modified or altered frameworks. For many of us, in terms of social, emotional and financial wellbeing, the surprise and shock of having to deal with a pandemic has posed questions about the validity of many of our traditional beliefs.

As much as anything else, in consideration of the hardship COVID has caused to many Australians, questions are being raised about the ability of elite sports teams to garner exemptions to return to Australia, stage big national and international competitions and, if the last State of Origin – which drew a 52,000 audience just two days before a lockdown – was appropriate, or indeed was the reported $8 million paid to the NRL to host the second Origin game in Townsville worth the money?

If we’re not in lockdown, it’s a safe bet to say on most weekends, the fields, courts and ovals of Australia will be hosting hordes of young people. In summer on the Coast, the ocean counts as a liquid field for ocean sports.

Our nation boasts a wide range of sports and from a young age, parents encourage their children’s participation, take on transport duties and bear the financial cost of club membership, uniforms and equipment. They do it because they believe the kids will learn about teamwork and sportsmanship, about winning and losing and keeping a cool head, no matter what the circumstances of play.

At this level, the government also supports sports for the part it plays in the population’s health and wellbeing. On the next level, sport can bring in financial benefits.

For example, last year, the Sunshine Coast tourism industry, reeling from the effects of COVID, welcomed the Melbourne Storm players and their families to make their home at Twin Waters. Additionally, AFL’s St Kilda Football Club called Noosaville’s RACV Resort home. It was a significant boost to the industry and a vote of confidence for Queensland’s handling of the pandemic.

It was a contentious decision. In light of Victoria’s 111-day lockdown, it angered many people who considered it an act of hypocrisy for the grand slam to go ahead. Not only that, as hundreds of international players poured in to the country, there were still  thousands of Australian citizens battling bureaucracy to get a flight home. However, on a daily basis, the stadium filled with 30,000 spectators – 50 per cent of its capacity and in line with COVID restrictions.

In May, 38 cricket players and commentators returned from India, via the Maldives, on a privately chartered flight. This 38 were above NSW’s strict cap of 3000 returned travellers. The NSW Premier Gladys Berejiklian explained it was a regular occurrence to make assessments above the nominated 3000. Although they had to comply to COVID restrictions, to many of the approximately 8000 Australian citizens stuck in India, it felt like discrimination.

Back on home ground, the state of Queensland swooped on a COVID opportunity and paid the NRL a reported $8 million to host games in Townsville after Victoria went into lockdown. “This is value for money… and the benefits that it will bring into the local economy is going to be flowing,” the Queensland Premier told media.

Since the start of the pandemic in March 2020, nearly 500,000 Australians have returned to the country, but more than 36,000 Australians remain overseas due to arrival caps. The caps are set to ensure quarantine restrictions are carefully managed, last week further COVID fears saw a reduction in the caps.

Desperation has led a group of stranded overseas Australian citizens to petition the International Court of Justice for recognition of their plight, with human rights lawyer Geoffrey Robertson QC advising his petitioners: “International law recognises the strong bond between individuals and their homeland, and no respectable government would impose travel caps to prevent, for over a year, its citizens from returning if they are prepared to do quarantine.”

In the last couple of weeks, we are again reminded of COVID’s deadly lightning strikes. There’s a lot of pain around, but vaccinations appear to be the saving grace.

When we are free from the pandemic, there will plenty of social examination – what did we learn, what will we forget? No doubt, the position, importance and treatment of elite sport during these times will be high on the agenda.

However, back at home on the Sunshine Coast, Mayor Mark Jamieson knows a new sporting venue is always a time for celebration as he welcomed the opening of the $6.5 million Nirimba Sports Complex to the growing Aura community.

Last week, he noted: “There are a number of elements to this project which will provide significant benefits for the residents of the suburbs in the Aura development.

“Council delivered two change rooms with a canteen for families and friends to use while watching a plethora of sports – whether it be rugby league, cricket or netball.

“Accompanying the clubhouse is a three-bay storage shed along with an expansive undercover viewing area.

“This is a great addition to the Nirimba community and provides a terrific training and playing facility.”

The facility has been delivered in line with the requirements of the Caloundra South infrastructure agreement, which requires developer Stockland to deliver the entire open space network (sport and recreation) at no cost to the council, and include funding towards the construction of a network of 10 sports clubhouses across the development area.

Since March 2020, COVID has taken both grassroots and elite-level sports on a roller coaster ride.

It’s probably never been timelier to recall words from Nelson Mandela’s famous speech on sport: “Sport has the power to change the world. It has the power to inspire; it has the power to unite people in a way that little else does. It speaks to youth in a language they understand. Sport can create hope where once there was only despair; it is more powerful than government in breaking down racial barriers.” 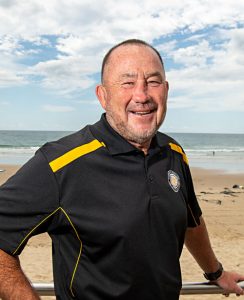 Chair of Sunshine Coast Falcons Ashley Robinson says he understands the government is dealing with a difficult situation, however, there should be more consistency in the rules and who they apply to.

“The really sad part is small business in particular keeps getting hammered while other decisions are made at convenient times to support the big end of town,” Mr Robinson says.

“There is no way Origin should have been on last Sunday. If it was okay to have it, then lockdown shouldn’t have happened, one way or the other.”

Major sporting organisations have shown their solidarity with efforts to reduce the spread of the virus. For example, FIFA has teamed up with the World Health Organisation and launched a ‘Pass the message to kick out coronavirus’ campaign led by well-known football players in 13 languages, calling on people to follow five key steps to stop the spread of the disease focused on hand washing, coughing etiquette, not touching one’s face, physical distance and staying home if feeling unwell. Other international sport for development and peace organisations have come together to support one another in solidarity during this time, for example, through periodic online community discussions to share challenges and issues. Participants in such online dialogues have also sought to devise innovative solutions to larger social issues, for example, by identifying ways that sporting organisations can respond to problems faced by vulnerable people who normally participate in sporting programs in low-income communities but who are now unable to, given restriction to movement.

Extract from the United Nations article ‘The impact of COVID-19 on sport, physical activity and well-being and its effects on social development’ (source: un.org).

Continue Reading
You may also like...
Related Topics: COVID, Sport