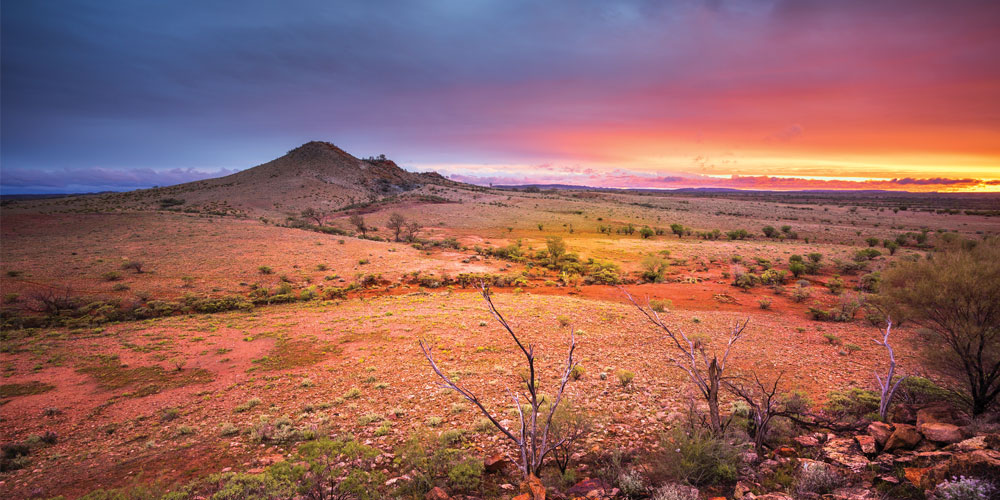 Ninety years ago it was the lifeblood of the South Australian outback, a vital link between the city and rural communities from Adelaide to Alice Springs.

Now, The Ghan is a destination and a cultural experience in itself, and one of the nation’s leading tourist attractions as it winds its way north and south across the continent.

The train marked nine decades of operations this month with a special service that left Adelaide for Darwin on August 4.

The commemorative departure offered a tribute to The Ghan’s history and celebrated its evolution into one of the world’s great train journeys.

But while The Ghan is officially 90 years old, its genesis actually stretches back further into the early years of the South Australian colony.

In the mid-1800s a desire by the early settlers to push out into the state’s outback where there were no roads and no railways prompted the rise of the cameleers, camel drivers largely drawn from India, Persia and Afghanistan.

Their animals, mostly brought to Australia from the subcontinent, could handle the heat and were vital in bringing mail, food, water, tools and equipment to remote towns and pastoral holdings.

They also played an important role in major infrastructure projects including the completion of the overland telegraph in 1872. So by the time the first rail lines in South Australia’s north were laid in the late 1800s, it was little surprise the locals referred to the new service as The Afghan Express.

Over the next 30 to 40 years the railway pushed further north, but it was not until 1929 that Adelaide and Alice Springs were finally linked and the first Ghan service was launched, the name a clear nod to its pioneering history.

In the years that followed, The Ghan grew in popularity and during World War II was called into military service, moving troops and supplies across the country. The idea of a truly transcontinental railway had long been on the federal government’s agenda, but it was not until 2001 that the project to finally link Alice Springs to Darwin began, taking three years to finish at a cost of $1.3 billion.

The completion of the near 3000-kilometre line that stretches from the Adelaide suburbs through Australia’s vast desert outback up to the country’s tropical north is a key factor in its changing status over the past 15 years.

One person who has witnessed that change firsthand is train manager Dean Duka, who has worked on The Ghan for 29 years. Mr Duka started as a silver boy, a glamorous title but actually the most junior position on the train as the one responsible for cleaning all the knives, forks and spoons. From there he graduated to apprentice chef and qualified chef before stepping out of the kitchen and into a managerial role in 2008.

Mr Duka says when he started on The Ghan it was still, to some extent, just “a way to get from A to B”. But over the years the trickle of passengers picked up at various country towns has disappeared, along with some of the towns themselves.

And that has changed the type of people who come aboard. Its travellers, both local and international, have the time to take the slower ride across the country and tick a great train journey off their list.

Managing director Stephen Kernaghan describes The Ghan as the “cruise ship of the desert” and a unique opportunity for travellers to experience the vastness of the Australian outback.

“To see the diversity of the desert environment is something people never forget,” he says. “When you go by plane you see it from above, like a canvas. But when you drive through it you really can appreciate it.

“There’s nothing like immersing people in such a stark and beautiful space. The Ghan does that in spades.”

Mr Duka believes rail remains the best way to travel across Australia. “If you really want to have a good look at this country, do it through the window of a train.”

The Ghan’s services are now all-inclusive with passengers not required to open their wallets from when they get on board until they leave. Also included are various extra activities such as side trips to Katherine Gorge. The service offers three journeys including the three-day trip from Adelaide to Darwin, two days from Adelaide to Alice Springs and two days from Darwin to Alice Springs. Holiday packages are also
available. Visit journeybeyondrail.com.au.