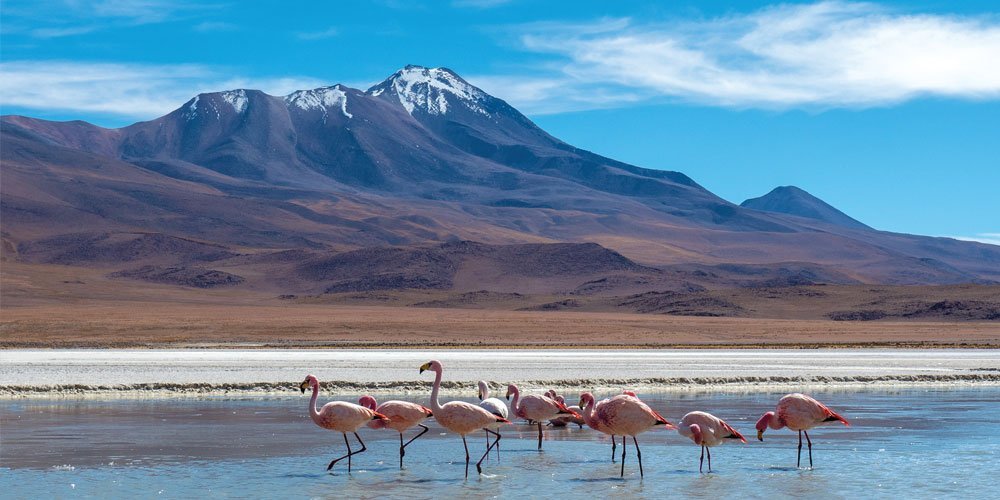 The Salar de Uyuni, the world’s largest salt flat – not to mention the one located at the highest elevation – is the site selected by Bolivia as the heart of the country’s tourist attractions.

“The Salar de Uyuni is the epicentre of tourism in Bolivia,” says the Bolivian Tourism and Cultures Minister Wilma Alanoca. “It’s one of the world treasures where one can find peace and, at the same time, cultural diversity.”

The immense plain of salt was the site Bolivian authorities recently selected for a special event on World Tourism Day to recall how this natural treasure has been featured in films including the hugely popular Star Wars franchise.

The salt flat, which covers some 10,500 square kilometres and is located at about 3600 metres above sea level, was recognised in July at the World Travel Awards as the Best Natural Tourist Attraction in South America. These awards are considered the tourism sector’s most important international prize.

A festival, Salt Fest 2019, was held on Incahuasi Island – which is covered with gigantic cactuses up to 12 metres high in the heart of the Salar – and was the scene of Bolivia’s World Tourism Day celebrations this year.

The event included performances by Bolivian musical groups, gastronomic delights from different parts of the country and activities such as ziplining and bicycling, all of which enabled participants to incorporate entertainment, good food and physical activity into one of the world’s most exotic locales.

“The Salar de Uyuni represents that mentality of sharing. We, as Bolivians, are sharing our diversity, our dances and our foods,” Ms Alanoca says.

Salt Fest 2019, organised by the Bolivian Tourism and Cultures Ministry, invited members of the Star Wars Fan Club to the event, with members surprising other event-goers by appearing outfitted as some of the beloved Star Wars characters created by filmmaker George Lucas.

The flat white expanse of salt was one of the key filming locations for Star Wars: The Last Jedi, and fans of the galactic space opera wanted to recall that film by bringing their costumes and lightsabers to the event.

The tourism minister issued a call to Bolivians to “promote domestic tourism” and urged them to “continue falling in love with your country”.

“Bolivia encompasses many mysteries and many treasures. Tourism doesn’t depend on institutions alone; it depends on every Bolivian,” Ms Alanoca says.

“Culturally, the salt flat creates myths. Tunupa is one of the most important gods we have in Andean mythology and this place is one of reverence for us,” says Mr Arze, referring to the Salar’s original name, in honour of the god.

Some 40,000 years ago, the salt desert was part of the great Ballivian inland sea, occupying a significant portion of the Altiplano, which also includes Lakes Titicaca, Popoo and Uru Uru.

Dotted with about 80 small islands with exotic vegetation, the Salar is also considered potentially the world’s most important deposit of lithium, a valuable metal with multiple uses.

Weekend away
An Eat Pray Love adventure in Ubud